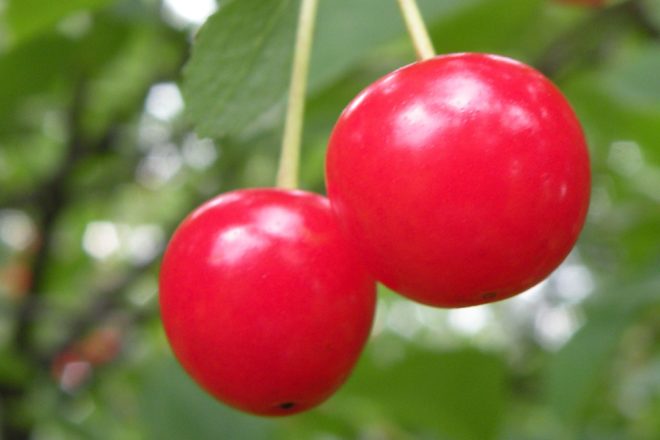 Bob Lautenbach of Lautenbach’s Orchard Country in Fish Creek said the county dodged a bullet on July 12 when major rainstorms that hit the rest of the state didn’t make it here.

“We don’t want rain right now,” he said. “Sweet cherries crack after a heavy rain so it was nice we didn’t get any. We’re actually picking our sweet cherries right now.”

Thanks to a mild winter and plenty of rain during the growing season, Lautenbach said the cherry crop is about a week early. He expects his tart cherry crop will be ready next weekend.

“It looks like a real nice crop,” he said. “The cherries are a nice size with all the rain we’ve been getting. They’ll be really nice and ripe next weekend. We’re looking for a great harvest and a great season. I think people will be happy with the fruit.”

But he wasn’t sure about Southern Door, which received at least 3 1/2 inches of rain on July 11.

“No problems with the rain,” said Gary Alexander of Alexander’s Orchard in Brussels. “It helps the cherries for size, and I have a lot of young trees that like the rain.”

“We’ve got a pretty good crop this year and we’re going full swing now,” he said.

Alexander added that he hopes to have cherries through the weekend, “but that depends on customers.”