The “Art of Music” Winter Concert series has two remaining concerts this season at the Ladder House Music Room located on Third Avenue in Sturgeon Bay. A performance by Cory Chisel and the Wandering Sons on April 3 and another by Claudia Russell on April 17 will round out the winter season of music for the series. 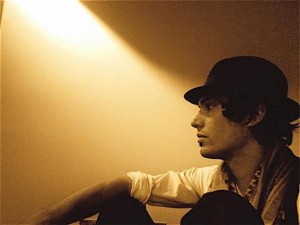 Singer-songwriter Cory Chisel and his band, the Wandering Sons, are based out of Appleton, WI and their music portrays the passion and portent of language and melody. Chisel’s upcoming six song EP, Cabin Ghosts reflects the inspiration of his upbringing with a spare Americana-saturated sound that is its own exquisite blend of folk-country and Delta blues. With his voice full of soul and longing, Chisel’s expressive vocals and the Sons’ loosely orchestrated, impeccable playing emerge fully formed yet somehow familiar and as confident in its sounds as in its lyrical echoes of existential grace and mystery.

Then on April 17, Claudia Russell, a familiar face in Door County, will take the stage at the Ladder House to close out “The Art of Music” Winter Concert Series. Russell is an outstanding singer/songwriter who has shared stages with Dave Carter and Tracy Grammer, Steve Forbert, Willie Nelson, Darryl Purpose, Peter Rowan, Rosalie Sorrels and Bill Staines, among others. She is most often seen accompanied by her husband Bruce Kaplan, on mandolin, guitar and vocals, and Mark Petrella on string bass. When the planets align, she is pleased to also count Carl Byron and Eric Lewis in her band, the Folk Unlimited Orchestra.