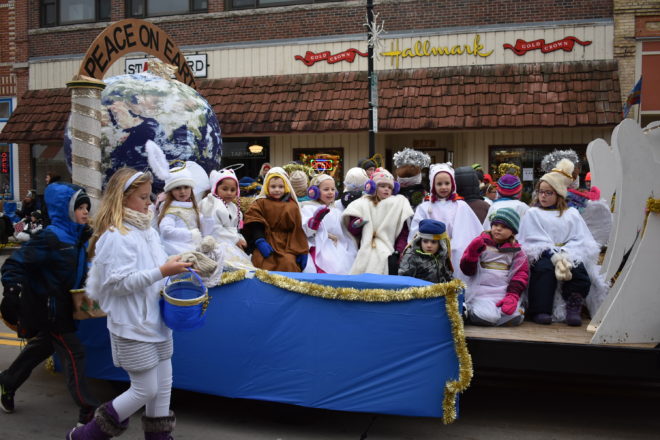 Join the Sturgeon Bay Visitor Center (SBVC), Nicolet National Bank, and the entire Sturgeon Bay community for holiday fun during the 2018 Christmas by the Bay Holiday Parade on Nov. 17, 10 am.

Wave to Santa as he rides by on his sleigh, dance to the Sturgeon Bay High School’s Band Christmas songs, and more. Parade participants get entered in either the “Best Nonprofit” or “Best Business” float competition. St. John Bosco Catholic School and Selvick Marine will defend their award-winning float championship titles this year. Winners are gifted with a special award and bragging rights.

Parade lineup begins at 9:15 am at Sawyer Park. From there, parade participants will check in with the parade coordinator, who will direct you to your designated lineup spot.

If interested in participating in this parade, email or call the SBVC at [email protected] or 920.743.6246. You can also fill out the parade participation form and return it to the SBVC at 36 S. Third Avenue. Participation is free and open to all ages. Registration closes Nov. 15.