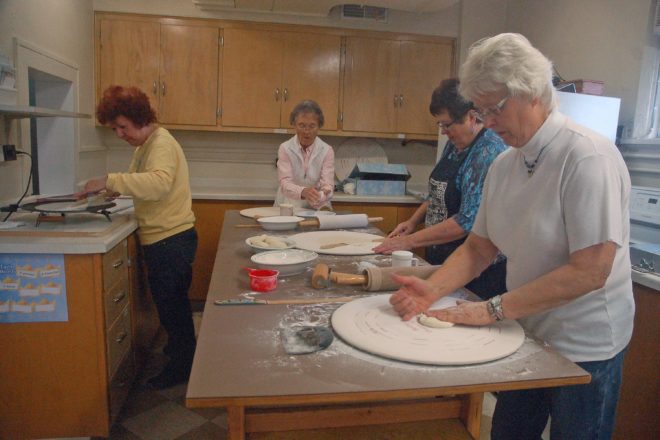 You have to admire a tradition that goes back so far no one alive can remember how it began.

That is the case with the modern-day lefse-makers at the 145-year-old Tanum Forest Evangelical Lutheran Church in Clay Banks. Every year the two-day lefse-making process takes place in the kitchen in the church basement, just before the annual fall festival at the church, where the lefse is sold.

Lefse, for the uninitiated, is a Norwegian tortilla – an unleavened flatbread made of potatoes, flour and butter.

The first day of the process, volunteers boiled and riced 80 pounds of potatoes.

“J.C. Roder potatoes, best potatoes in the county,” said Judy Olson, one of the volunteers, referring to Roder Farms in Sturgeon Bay. 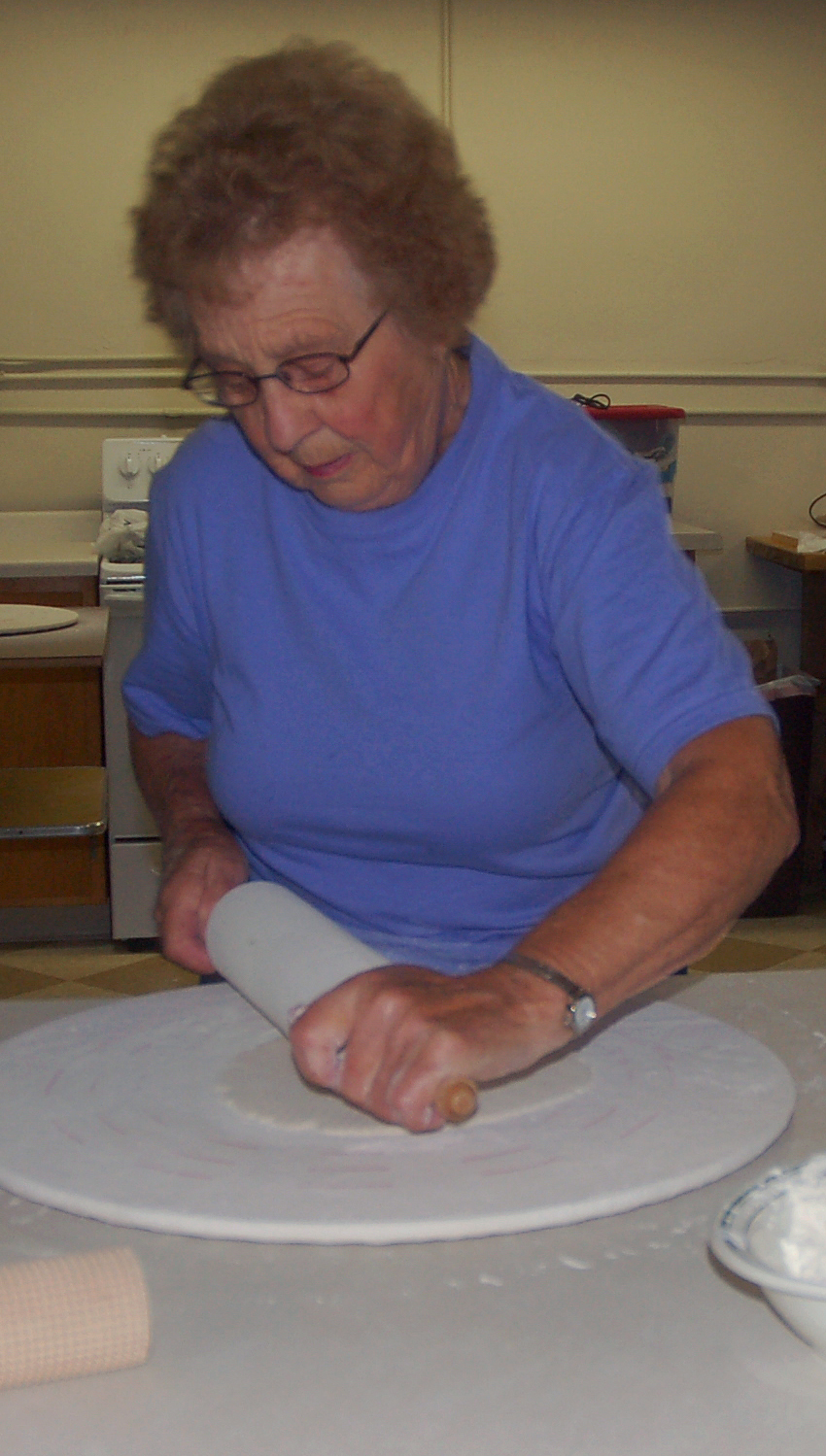 The next day, the cooled potatoes are mixed with flour and butter, formed into doughy logs that are cut into hockey puck-sized segments, rolled thin on cloth-covered pastry boards with special corrugated rolling pins ensconced in pastry cloth, and then carefully lifted with lefse sticks and warmed on a lefse grill until brown specks appear on the surface of the flatbread.

At 92, Werda Gigstead is the senior volunteer. She’s been making lefse for the annual church celebration since 1948.

“And I’m German,” she said, “but I had to learn because my husband [Wallace] was Norwegian.”

That 80 pounds of potatoes translates into 400-some rounds of lefse, which are then quartered and packaged for sale at the fall festival.

Shelly Olson, who on the second day of lefse-making is charged with mixing the dough, said when she and her husband Richard, who serves as president of the church board, visited Norway, they learned that lefse is not as popular in the native country as it is among Norwegian-Americans.

“They think of it as peasant food,” she said.

Apparently that goes for lutefisk, too. While Norwegian-Americans continue to celebrate the traditional lefse and lutefisk, especially during the holidays, Norwegians have relegated those traditional foods to quaint and best-forgotten chapters in their culinary history – foods that exemplified the hardscrabble existence of a mountainous, rocky northern landscape of their ancestors. Today, for example, Norwegians are the largest per capita consumers of pizza in the world.

But those who left the old country for the new world brought those 19th century culinary trademarks with them and continue to embrace their cultural ties to Norway through those foods, even if those ties have been loosened in the native land.

George Viste, who serves on the church board, was helping by measuring flour and riced potato portions before they went into the stand mixer operated by Shelly Olson.

“As a board member, I like to be here helping out, and I can do that now that I’m retired,” he said.

Viste recalled earlier times when the church women would make lefse to go with a trout fish fry.

Jeff Peterson also decided to try his hand at making lefse now that’s he’s retired, and was happy to learn.

“There’s a steep learning curve,” he said as carefully rolled out the potato dough under the watchful eye of experienced roller Judy Olson.

How to eat lefse? Some say all you need is butter. Some add sugar and cinnamon.

Or you could wrap it around a slab of lutefisk for what could be called a Norwegian-American taco.

But if you want to try the lefse made by members of the Tanum Forest Evangelical Lutheran congregation, you’ll have to get in line for the 2018 fall festival because it’s always the first thing to go.

“We always have a good turnout because of the lefse,” said Werda Gigstead. “That’s what brings the people.”