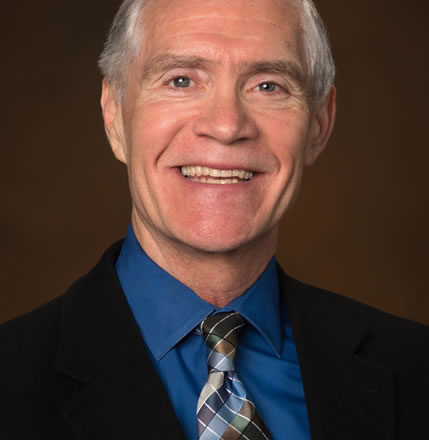 You could argue that all we need to solve our impending climate catastrophe is a great deal of courage and the foresight to think long-term. Many global climate change skeptics who are in positions of power and influence lack the courage to admit that their stands are on thin ice.

Governments, businesses, and individuals have long relied on short-term plans and short-term thinking for the sake of getting elected, making a profit, or making a living, but in doing so, they do not prepare for their own futures, let alone their grandchildren’s.

I would suggest that in addition to courage and long-term thinking, we need a third component to really move forward. What we need is a disciplined disregard for conventional wisdom. I don’t mean to suggest that we throw out all the great truths of the past. Surely over the ages, science and our grandmothers have accumulated great wisdom. However, there is much in the public dialogue and social media that cannot be considered wisdom. Commonly repeated “truths” are not wisdom. With a disciplined disregard for conventional wisdom, Gundersen Health System set out to lower the cost of health care, improve our local economy, and reduce our negative impact on our environment.

Conventional wisdom said that no governing board would allow us to move down such a path.

Why would a health care organization consider focusing on energy conservation in the face of other such pressing “real” health issues?

We eventually convinced the majority of the board members to support the concept that sustainability and the environment are real health issues. We convinced them that pollution causes illnesses that we’re trying to treat, such as cancer, asthma, and chronic lung disease, and that our waste pollutes our water and our soil. To ignore the environmental burden of the waste we created would have been irresponsible and contrary to our mission.

Conventional wisdom said that health care’s only mission should be to take care of sick people. To disregard that piece of wisdom was a big leap, and our board took that leap long before it became popular for health care organizations to focus on population health.

They also ignored the financial advice that said you should put your savings only in some distant treasury bills, stocks, or bonds. They agreed that local investing could be disciplined and sound.

And they ignored the pressure to make finances look perfect every month or every quarter. They believed that investing in the region could have both long-term health and financial benefits.

This is not to imply that everyone completely believed, but enough believed that we could get started. Even our skeptical chief financial officer had to be convinced that this was a strong investment.

When it comes to energy, conservation should be our first fuel – especially in Wisconsin, where we import $15 billion in fossil fuels each year. With our first $2 million investment we saved $1.2 million every year thereafter. In the course of eight years, we have decreased the energy requirement per square foot in the organization by 57 percent.

Conventional wisdom would have us believe that it is impossible for any one of us to make a major difference in the enormous amount of energy consumed in this country. But what if Gundersen’s efforts were replicated? What if each hospital and clinic in this country exercised a disciplined disregard for the conventional wisdom and decreased its energy use by 57 percent? The nation’s overall energy use would decline by three to four percent.

If health care were then joined by businesses and schools, pretty soon you would have a market-changing event. Add in residential housing and apartment buildings, and we’re changing how many pipelines will be built, how many transmission lines will be erected, and how many power plants will be put online. The keys are the power of economics and the willingness to challenge conventional wisdom.

To drive our vision forward, in 2008 we set an outlandish goal: By 2014, we would be completely heated, powered and cooled by renewables that we own so that we can decrease the cost of health care as well as markedly decrease our environmental footprint. This goal required that we further challenge the conventional wisdom by finding partners willing to work on alternative sources of energy – wind, dairy biogas, landfill gas, geothermal fields, and biomass (details of this work can be found at gundersenenvision.org/envision).

Our approach was to get an environmental return as well as a competitive financial return. Conservation was easily the most lucrative of our energy initiatives, but the biomass boiler, geothermal field, and dairy biogas sites all generated positive cash flows. In aggregate, we showed that from 2008 to 2014 our routine investments in cash, treasury bills, bonds, and stocks had a five to six percent return, but our investment in energy infrastructure had a 10 to 12 percent return.

It is important to mention that we didn’t just say this is what we’re going to do and hope it would work out. Rather, we exercised a disciplined disregard for conventional wisdom:  We adopted a strong, thoughtful, measured approach. When we had failures, as we did, we recalculated, re-organized, and drove toward continuously improved higher performance.

You cannot accomplish goals such as these by thinking only of the next month or the next quarter. You have to think long-term, as I outlined in a recent post on Forbes.com. I used the United States backing out of the climate accord as a prime example of short-term thinking.

You must have the courage to take a stand, long-term thinking to develop a plan, and a disciplined disregard for conventional wisdom to achieve the outcomes I describe.

Our results are no accident. With considered intention, we aimed for and met targets that produced our strong financial performance and decreased our particulate pollution and greenhouse gas emissions by 95 percent. Instead of coal from Wyoming to make electricity and natural gas from Texas for heat, we were heating and powering our organization with renewable sources that improved our local economy, saved money for the organization, and markedly improved our environmental footprint.

A disciplined disregard for conventional wisdom supported by courage and long-term thinking has helped us inspire others and has given rise to new wisdom: We can take care of our communities and the environment at the same time.

Dr. Thompson is a pediatric intensivist and neonatologist, executive adviser and chief executive officer emeritus at Gundersen Health System. Since completing his professional training in 1984, he has worked full-time solely at Gundersen. Jeff presented the stunning results of Gundersen’s climate change initiatives at the Paris climate talks, the World Health Organization in Bonn, Germany as well as at Oxford, England and Beijing, China. He was honored by the White House as a 2013 Champion for Change for the Environment.