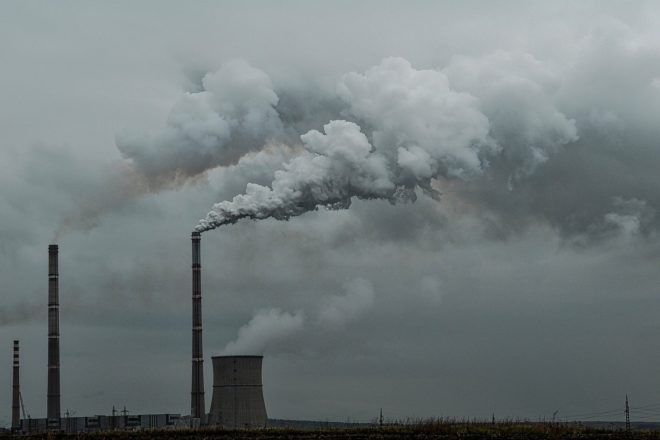 An amazing event has occurred. The bipartisan Energy Innovation and Carbon Dividend Act was introduced in the House of Representatives on Tuesday, Nov. 27, 2018.

The details of the bill were presented in an evening teleconference call by Citizens’ Climate Lobby (CCL) leaders Tuesday night, including Executive Director Mark Reynolds, Vice President of Legislation and Research Danny Richter, and Vice President of Programs Madeleine Para. More than 800 CCL volunteers were on the call. CCL has more than 110,000 volunteers across America and have been working toward this moment for 10 years.

This bill is the first nationwide carbon-pricing and revenue-neutral bill sponsored by both Republicans and Democrats. It is bipartisan, and it is negotiated to a level of high agreement and support.

“This is a first, and is to be celebrated,” said Danny Richter.

This bill came about through the work of the Climate Solutions Caucus in the House of Representatives. CCL’s Jay Butera was key in establishing the bipartisan caucus. The bill introduction is timely in that the National Climate Assessment report released Nov. 23 presented serious impacts to the environment, society and economy of America, requiring immediate and urgent action. This report follows and agrees with the findings of the International Panel on Climate Change (IPCC) 2018 findings.

The best first step in the actions is to price carbon, and that is what the Energy Innovation and Carbon Dividend Act specifically does.

The Energy Innovation and Carbon Dividend Act will reduce America’s emissions by 33 percent within 10 years, and a 90 percent emissions reduction by 2050 compared to 2015 levels.

Good for people: will improve health and save lives, and puts money into people’s pockets monthly to help low and middle income Americans.

Good for the economy: will create 2.1 million new jobs over 10 years in the clean energy economy.

Bipartisan: cosponsored by Republicans and Democrats.

Revenue neutral: the fees collected on CO2 emissions will be allocated to all Americans, not costing the government additional costs.

What’s in the bill? A fee is set on carbon starting at $15/ton CO2 equivalent and increasing $10/ton annually. The fee is applied at point of fossil fuel extraction – the mine (for coal and tar sands), the well (for oil and natural gas), and the first port of entry (for imported fossil fuels). The money collected from the carbon fee is allocated in equal shares every month for each adult and a half share for each child up to two children per household.

Payments will be scheduled to begin in advance of fee collection to protect low-income households. A border carbon adjustment will be applied to imported goods, and exported U.S. goods will receive a refund. Regulatory adjustments are in the bill, preventing additional regulations on covered CO2 emissions, as long as emissions targets are being met. If emissions targets are not met after 10 years, then EPA regulatory authority over these emissions would be restored. Regulations based on other pollutants will not be affected, nor will auto mileage CAFE standards, and other water and air quality regulations. CO2 capture and sequestration programs that are demonstrably safe and permanent will be eligible for a rebate. Fluorinated greenhouse gases will be subject to special carbon fee rates. Special provisions have been added to address agriculture.

The carbon fee program will only end when certain technical and budgetary conditions are met.

Will it pass in Congress? The bill is not likely to pass in the current Lame Duck Congress, but the bill will be re-introduced in the new 116th Congress in 2019. We are introducing the bill now to signal a starting point to move forward in our discussion and action to address climate impacts.

Here’s what you can do now:

For more information, find Navigating the Energy Maze – The Transition to a Sustainable Future by Roger J. Kuhns and George H. Shaw at springer.com/us/book/9783319227825.