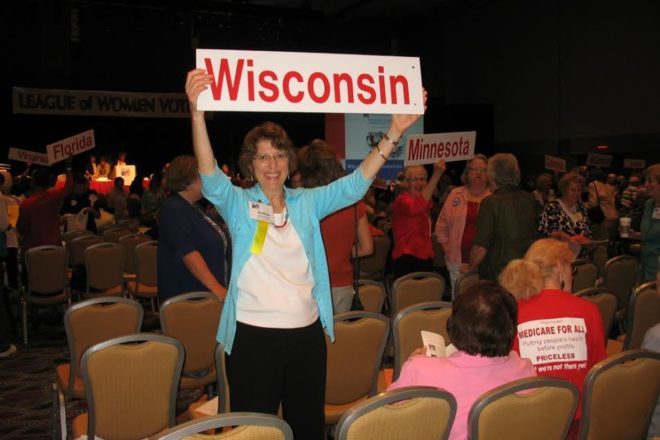 The Wisconsin Assembly is scheduled to vote June 14 on proposals calling for a federal constitutional convention for the purpose of adding a balanced budget amendment to the U.S. Constitution. We respect people’s concerns about the federal debt, but this is the wrong way to tackle that problem. It is also a particularly dangerous path to take.

First, a balanced budget requirement would weaken our ability as a nation to respond to unforeseen emergencies, such as a natural disaster, attack from the outside or economic recession. The federal government would not be able to respond without increasing taxes – just at a time when fewer people might be working.
Second, a constitutional amendments convention could go in many different directions. It would put at risk every citizen right currently protected in the Constitution, including such things as voting rights and freedom of speech.

Proponents note that one of the proposals before the Assembly would restrict the role of our own state’s delegates to voting only on a budget amendment at the convention, but that ignores the fact that our state would be only one of 50 at the convention. Besides, some constitutional experts say that such rules could easily be considered irrelevant once the gathering convenes.

Proponents of these disastrous proposals say a constitutional convention is needed because we can’t count on Congress to pass a balanced budget. They point out that the elected representatives of the people, including many who are all for a balanced budget when they are running for office, shy away from enacting it once elected. Come to think of it, that seems to happen at both the federal and state level.

It is ironic that these proposals are being promoted in Wisconsin by the party that is in the majority in both Congress and the state legislature. Why should the U.S. Constitution be at risk for complete revision just so these politicians can accomplish what they already have the power to do legislatively?

I would like to believe there are enough members among their ranks who know that a balanced budget requirement is not a responsible measure for protecting the safety and economic security of our nation or state. But if they are that wise, why would they risk what could be a catastrophic assault on our Constitution?

Maybe they think it would never really happen. However, if the Wisconsin legislature passes these proposals, our state would be number 30 out of the 34 states needed to force a constitutional convention.

Our nation is changing, and that change is taking place in every state and every district. With a provision to add amendments individually as needed, the U.S. Constitution has afforded us the flexibility for more than 200 years to keep up with the ever-changing needs of the American people.

Assembly lawmakers who take their responsibility of governing seriously should reject these foolhardy proposals, which would endanger our citizen rights and our nation’s ability to respond to emergencies.

Andrea Kaminski is executive director of the League of Women Voters of Wisconsin, a nonpartisan organization that advocates for informed and active participation in government.