I am a retired professor of agricultural economics of the University of Missouri. I grew up on a small farm in south Missouri and have spent my entire 45-year professional career working with farmers and people in rural communities. My wife Ellen and I moved to Fairfield, Iowa, almost three years ago, primarily because I wanted to spend my latter years in a small town rather than a city. One reason we chose Fairfield was because of Jefferson County Farmers and Neighbors (JFAN), a strong local organization committed to protecting the community against the environmental and public health threats posed by “concentrated animal feeding operations,” or CAFOs.

I first became involved in CAFO issues back in the mid-1990s. I was contacted by some farmers in North Missouri who were concerned about the negative impacts of a large corporate CAFO operation that was moving into their community. I agreed to check it out for them. The more I learned, the more I agreed with their concerns. And, I have worked with rural people in similar situations ever since, for 20 years, in 16 states, and four provinces in Canada – recently in Wales.

We certainly haven’t won all of our battles, but we have been winning the hearts and minds of a lot of people – simply by telling them the truth about CAFOs. It looked like the expansion of CAFOs had leveled out a bit in the early 2000s, after they had taken over the pork and poultry industries by driving the independent family farmers out of business. However, they have started expanding again in the past couple of years – fueled by exports of pork to China, and more recently, lower corn prices. It’s becoming obvious that “business as usual” in protecting family farmers and rural communities from CAFOs is no longer enough.

We can no longer depend on enforcement of laws regulating CAFOs. The big corporations that control CAFOs have too much political power in state capitols and in Washington, DC. We have to change “business as usual” in government regulation of CAFOs. We can no longer depend on CAFO operators to voluntarily comply with “best management practices” or to be “good neighbors.” Too many CAFOs are controlled by people who don’t live in the rural areas where their operations are located, many even live in different states. It’s time to change “business as usual” in negotiating with CAFO owners and operators.

As more people are learning the truth about CAFOs, there is growing public opposition. However, the “industrial agricultural establishment” has responded with a massive corporately funded public relations campaign. They are attempting to use the positive public image of traditional independent “family farms” to deceive the public into accepting CAFOs as a natural evolution of agriculture or modern farming. Nothing could be further from the truth. CAFOs are not “family farms,” they are the epitome of “factory farms” – more accurately “animal factories.”

Real family farming is a “way of life” not just another bottom-line business. Certainly, farmers need to make a living, but real farmers care about the land and they care about their neighbor and their customers. They aren’t willing to threaten the public health, destroy their neighbors’ quality of life, or mistreat their animals just for the sake of profits. CAFOs are not real farms – they are economic bottom-line businesses. Period. It’s time to change “business as usual,” reject the corporate propaganda, and tell the truth about CAFOs.

CAFOs are “industrial operations.” They treat their animals like biological machines and dump tons of biological waste into the environment. Their wastes contain more than 300 chemical and biological contaminants that pollute the air and water. A dairy CAFO with less than 700 cows, which is virtually unregulated under current law, produces more biological wastes than a municipality of 14,000 people. This manure is applied to land as untreated sewage, and when applied in quantities typical of CAFOs, this poses an unacceptable, scientifically proven threat to public health. It’s time to change “business as usual” in regulating disposal of livestock manure.

Contrary to the corporately funded PR campaign, CAFOs present scientifically documented health risks to consumers of animal products. Recalls of meat and eggs contaminated with infections bacteria, such as Salmonella and E.Coli, have become almost commonplace. In addition, large percentages of the bacterial contaminants are found be resistant to multiple antibiotics. CAFOs have long been known to be ideal breeding grounds for antibiotic resistance. Antibiotic resistant bacteria, such as MRSA, now kills more people in the U.S. than AIDS. It’s way past time to change “business as usual” and stop routine feeding of antibiotics to animals.

In addition to depriving people of their basic human right to safe food and a healthful environment, raising livestock in confinement is inherently inhumane for farm animals. Too many animals are crowded in spaces too small to allow humane treatment. During a recent visit to Poland, I had an opportunity to visit a World War II Nazi concentration-extermination camp near Lublin. The rows of barracks, where people awaited the gas chambers, reminded me of the rows of chicken and hog houses that now dot rural Iowa and much of rural America. There are no humane concentration camps. The fact that something is legal doesn’t make it ethically or morally right. It’s time to change “business as usual” in the treatment of farm animals.

JFAN and other anti-CAFO community organizations invariably support farmers who share the traditional values of true “family farmers.” They also support the new pasture-based, free-range, organic, humanely raised, and other approaches to sustainable animal husbandry. There are many such economically viable alternatives to CAFOs, and more are emerging with growing public concern about CAFOs. These farmers apply manure in quantities that can decompose naturally and fully used as fertilizer by growing crops. These farming systems naturally produce more nutritious foods and don’t require routine antibiotics because the animals stay healthy. These family farmers respect the rights of their neighbors, treat their animals humanely, and are committed to caring for the land, air, and water for the benefit of future generations. These farmers know it’s time to change “business as usual” – and they deserve our support.

To meet the new challenges, rural people do not need to rely on public relation gimmicks; they need only tell the truth about CAFOs. We will ultimately win the hearts and minds of the people by simply telling the truth, even if this isn’t the “usual way to do business.” CAFOs must be either effectively regulated or eliminated and replaced with real family farms. In the meantime, people in rural communities must do whatever is necessary to protect their basic rights to a healthy environment – including taking legal actions against government agencies or CAFO operators whenever their communities are threatened. It’s time to change “business as usual.” 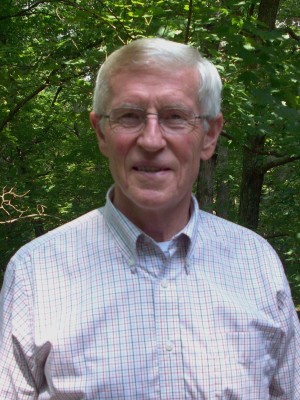