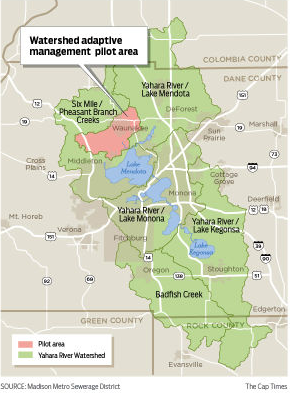 Concerned about beach closures, lack of water clarity and the smell of decay from overfertilized waters in the Yahara River chain of lakes – Mendota, Monona, Waubesa and Kegonsa – a group called the Clean Lake Alliance decided in 2010 that it was time to take action.

The group commissioned an engineering analysis to model proven phosphorus-reduction strategies, with the goal of reducing the amount of phosphorus in the watershed by 50 percent annually. 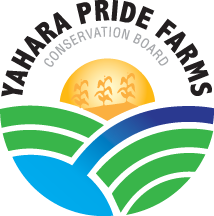 “A couple of us farmers were approached by them,” said Jeff Endres, a fifth-generation farmer who owns Endres Berryridge Farms with his brothers Steve and Randy. “We met with them for almost a year and talked about some of the things we could possibly do in agriculture. What they wanted to do is take a holistic approach to dealing with phosphorus, talking to all the different entities that deal with phosphorus, city sewer districts, city stormwater, agriculture, all those types of things. They wanted to look at everything as a whole and create an organization that would help promote better management of phosphorus. They were very open-minded and they had the backing of some of the larger businesses that call Madison home. They wanted to take a holistic approach, don’t point fingers, let’s get something done attitude. We decided the best we thing we could do is form a farmer-led initiative and help lead in the best management practices.”

In 2011 the Yahara Pride Farms was established, with Endres serving as chair of the group. The recently formed Peninsula Pride Farms modeled itself after the Dane County group. 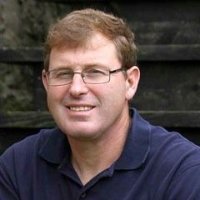 “So we did form our own 501(c)(3),” Endres said. “We started working with a funding source. Our main funding source is the Yahara WINs (Watershed Improvement Network) program (administered by the Madison Metropolitan Sewerage District). We took some of their funding and put it into a cost-share program to promote new technology, to make a difference in the amount of phosphorus moving off the farmland.”

Endres said there are 45 participating farmers in the watershed right now.

“We’ve pretty much concentrated on the northern part of our watershed so far,” he said. “As we grow and secure more funding, we’ll expand it throughout the watershed.”

Endres said several of the farms involved in the Peninsula Pride Farms initiative contacted the Yahara farmers for information on what they are doing.

“We explained how we structured our organization and things we’re trying to do. I think they will be doing some very similar things,” he said. “I complement the famers up there for what they are doing. If we get more of these started around the state, we can help each other through a networking system. There might be things we’ve already done down here that make might make a difference up there. And there might be things down the road that they’ve concentrated on that we can bring into play down here. I think it’s a real positive move and the best thing we can do is get the public to back it up and help it prosper.”

Endres said since the organization started, the public has gained new respect for the farmers involved in the initiative.

“It always kind of bothered me, we talk about how we’ve got to educate the farmer on this and that, but we have to educate the public as well,” he said. “What we’ve been able to do down here with the cooperation of the Clean Lakes Alliance, we’ve gotten very good at messaging each other’s messages. They message the types of things we’re doing on the farm, and we message their concerns about the lakes back to the farmer. I think in the past, farmers are used to doing their own thing and we don’t always showcase the things we are dong. There are a lot of good practices that have been put into use over the years.

“Nobody works closer to the environment than the farmers,” Endres continued. “A lot of their success is due to the environment. It’s in their best interest to be good stewards of the land. We need to continue to always strive to be the best we can. I think that’s the part the people are missing. We’re constantly making changes, constantly adapting to new technology and new products. You get a group of farmers working together and addressing the situation or problem, they will instantly start feeding off each other to improve. They’re some of the best problem solvers in the world.”