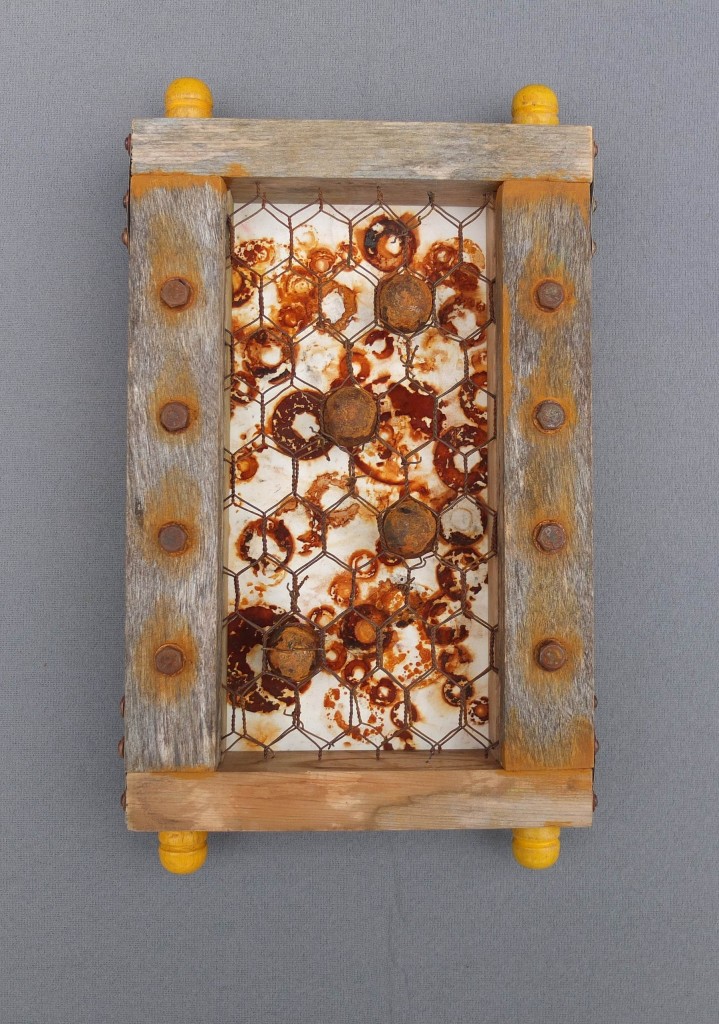 “Rust Is Also A Color” by David A. Franke.

Egg Harbor artist David A. Franke’s mixed media assemblage, “Rust Is Also A Color,” has been juried into the International Society of Experimental Artists 24th Annual Juried Exhibition. The exhibit opened Sept. 20 and runs through Nov. 29 at the Dennos Museum Center in Traverse City, Mich.

Franke was the recipient of one of three “Cutting Edge Awards,” an award given for “techniques, materials, attitudes and concepts that explore the Cutting Edge of Art Creation.”

Franke was awarded “Signature Member” status in 2014. This honorary status was earned after acceptance of three of his works of art into their national or international exhibits and allows him to use the initials of the organization (ISEA – International Society of Experimental Artists) on all personally created works as an indication of meeting the Society’s goals and standards. “Rust Is Also A Color” is Franke’s fifth piece to be juried into an ISEA exhibit. For more information visit studio8e9.com.