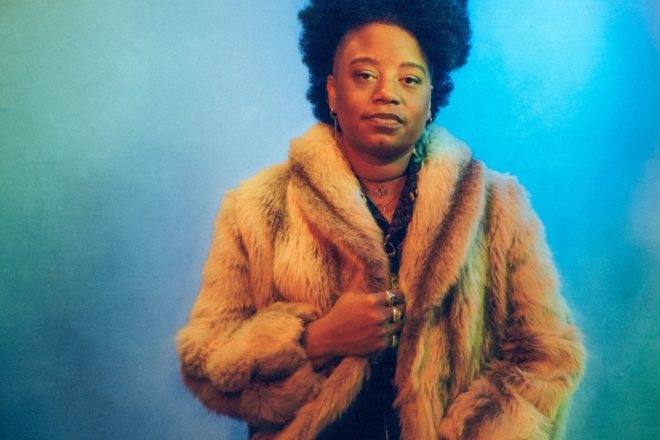 Door Community Auditorium (DCA) has announced that Allison Russell will not be performing May 13 because of the Juno Awards, so Amythyst Kiah will now perform a full solo show.

Rolling Stone calls Kiah “one of Americana’s great up-and-coming secrets.” With an unforgettable voice that’s both unfettered and exquisitely controlled, the singer/songwriter expands on the uncompromising artistry she most recently revealed as part of Our Native Daughters – an all-women-of-color supergroup. Its Kiah-penned standout “Black Myself” earned a Grammy nomination for Best American Roots Song and won Song of the Year at the 2019 Folk Alliance International Awards. Kiah’s singing, songwriting and guitar work are raw, yet nuanced examinations of grief, alienation and the hard-won triumph of self-acceptance.

Door Community Auditorium is making this concert a fundraising event for Ukrainian relief efforts. All ticket sales beyond the artist’s fee will be donated to Razom, a GuideStar Gold-rated nonprofit organization providing critical humanitarian war relief and recovery. Purchase tickets at dcauditorium.org.