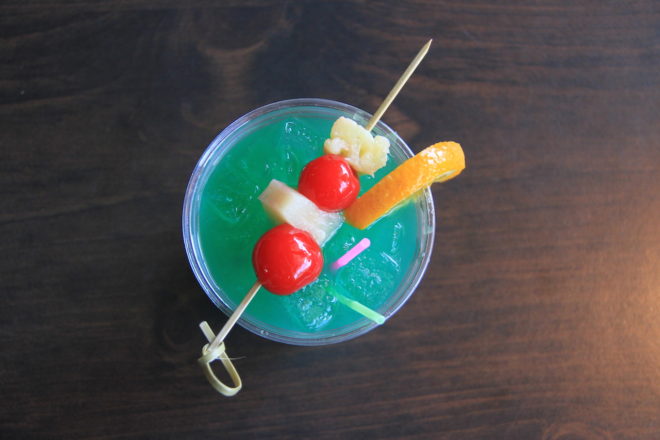 Tiki culture is a fascinating topic, one that conjures up visions of elaborate and colorful cocktails, palm fronds, vintage glassware and Hawaiian shirts. The rise of tiki harkens back to a time when little was known of the South Pacific and Polynesia, and the tropical cultures that existed there. The rare accounts of these mysterious cultures (which were generally rum-soaked to begin with) sparked a national obsession with romanticized tropical kitsch that caught fire in the post-WWII era of the Golden Age and lasted two decades.

As Baby Boomers reached adulthood and became more worldly and well-traveled, the exaggerated tropical tiki culture began to seem selectively short-sighted. Soon thereafter, the tiki craze began to fade. However obtuse and culturally misaligned, the exotic rum concoctions that were born during this time are still as tasty as ever – especially when served in a true tiki mug and topped with an elaborate skewer of fruit and flowers.

Door County tiki culture is far from the elaborate settings that were common during tiki’s heyday, yet you can still find the tropical schema and some of the more famous recipes if you’re seeking them.

Rowley’s Pub: Step Back in Time to the Peak of Tiki 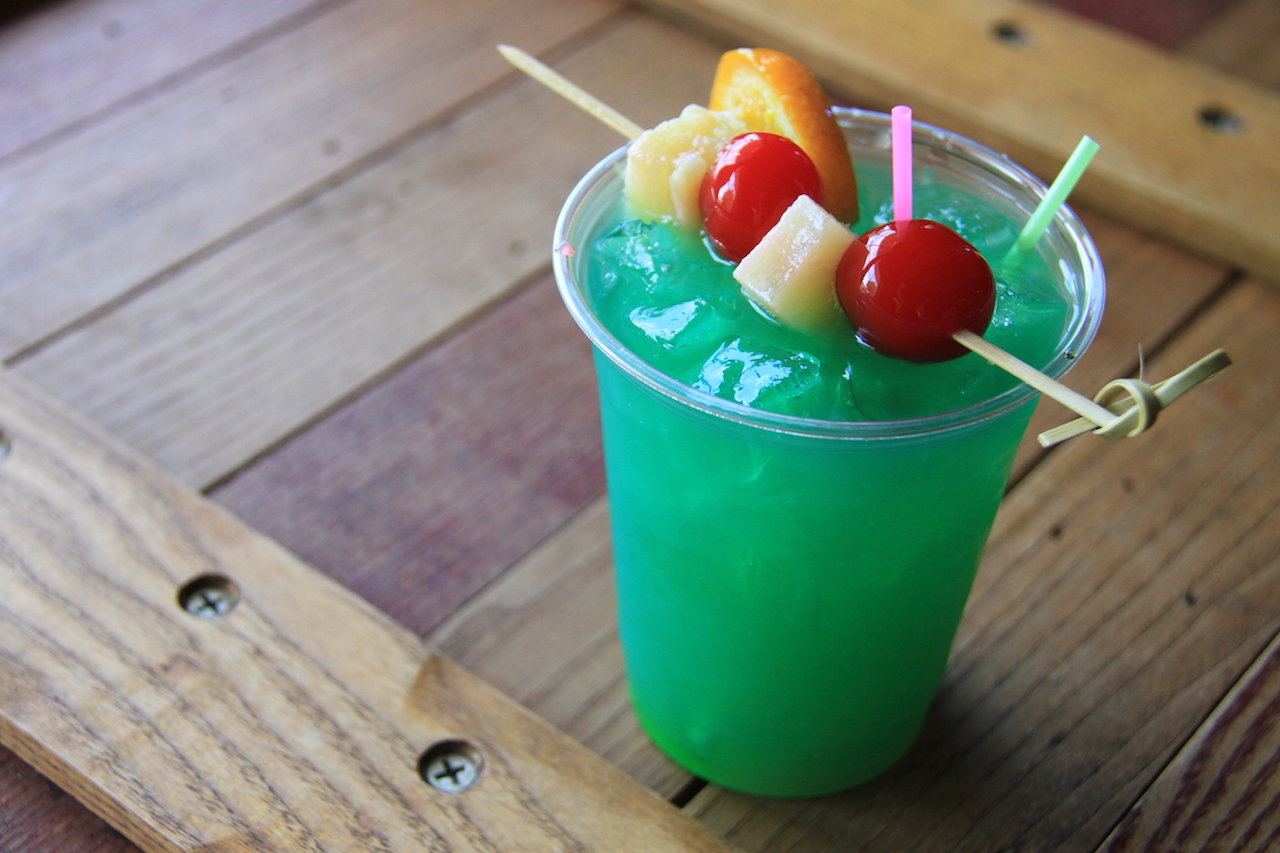 The Runabout: one of the Vacation Drinks from Rowley’s Pub. Photo by Aleah Kidd

This is a hidden gem you’re not apt to stumble upon unless you’re staying at Rowleys Bay Resort. Northeast of Sister Bay, you first must find your way to the picturesque Rowleys Bay on the eastern shoreline. There, at the front of the retro resort, is Rowley’s Pub. Small and kitschy, this pub embraces the 1960s era decor and Golden Age vacation vibes. The tiny corner bar stocks a full list of cocktails, wine and beer, but if you’re feeling like a tiki drink encounter, look to their Vacation Drinks list. Per bartender Jessica, The Runabout is the go-to for most visitors, but if you’re not a big rum fan, the Rowley’s Bay Lemonade is the next in line. 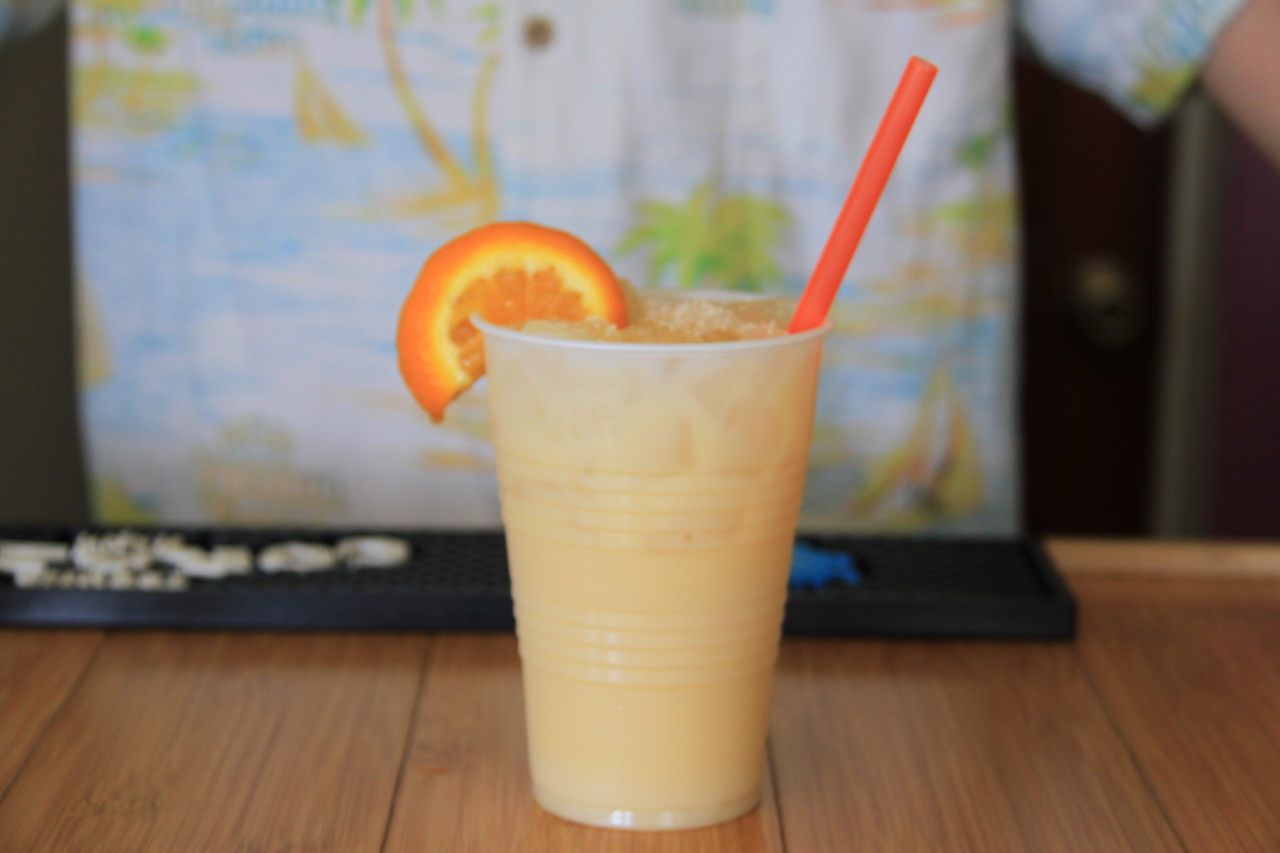 The Painkiller: a creamy and cool tropical cocktail from JJ’s Sugar Shack. Photo by Aleah Kidd

The majority of frequent Sister Bay visitors are familiar with JJ’s La Puerta restaurant near the north end of the village, but in the summertime JJ’s Sugar Shack out back is the place to be. Giving off true beach vibes, the Sugar Shack is a limited bar that is famous for the cool and creamy Painkiller. A blend of rum, pineapple and orange juice, and creme de coconut over ice and topped with fresh grated nutmeg, you can kiss your worries and pains goodbye. Other options include raspberry daiquiris, piña coladas, lime and strawberry margaritas, plus the classic Mexican beers of Tecate, Modelo and Corona. Just add lime! 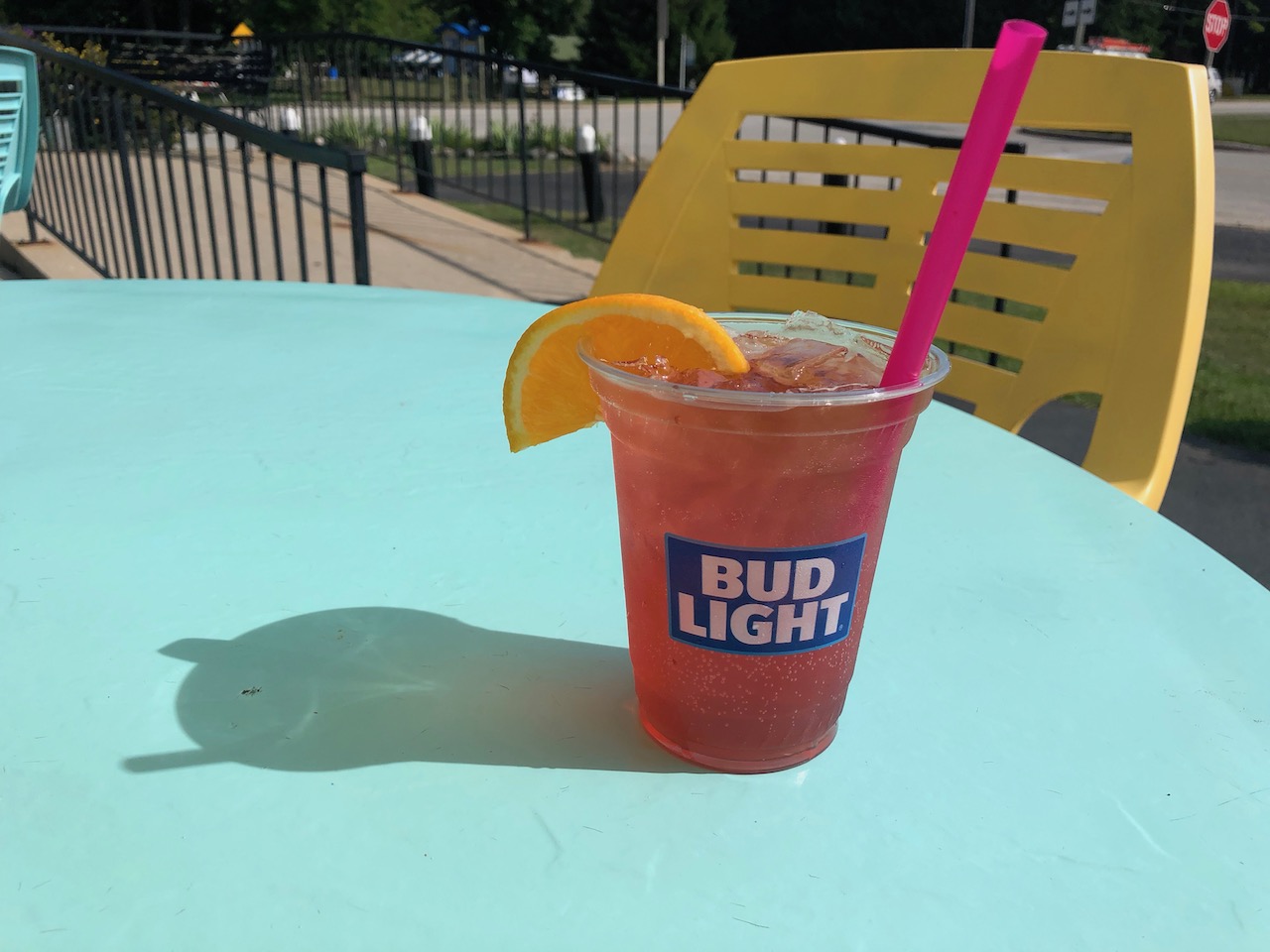 The Rum Runner: a fruity concoction with a Myers’s Dark Rum float found at Island Fever. Photo by Aleah Kidd

Jacksonport can lay claim to being perhaps the most well-stocked of tiki establishments: Island Fever Rum Bar & Grill. The Island Fever Drink menu features a variety of tiki-centric cocktails including the quintessential tiki cocktail the Mai Tai, along with a Rum Runner, flavored daiquiris, a piña colada and variety of margaritas. The rum drinks are offered with the option of adding a Myers’s Dark Rum float, which is an added pour of rum to “float” at the top of your drink and make the presentation that much more colorful (and boozy). Aside from the drink menu, the extensive rum bar is available to request your own mixed drink or to savor alone. Find a seat at the inside rum bar or dine on the patio under the palm frond-adorned sun umbrellas. 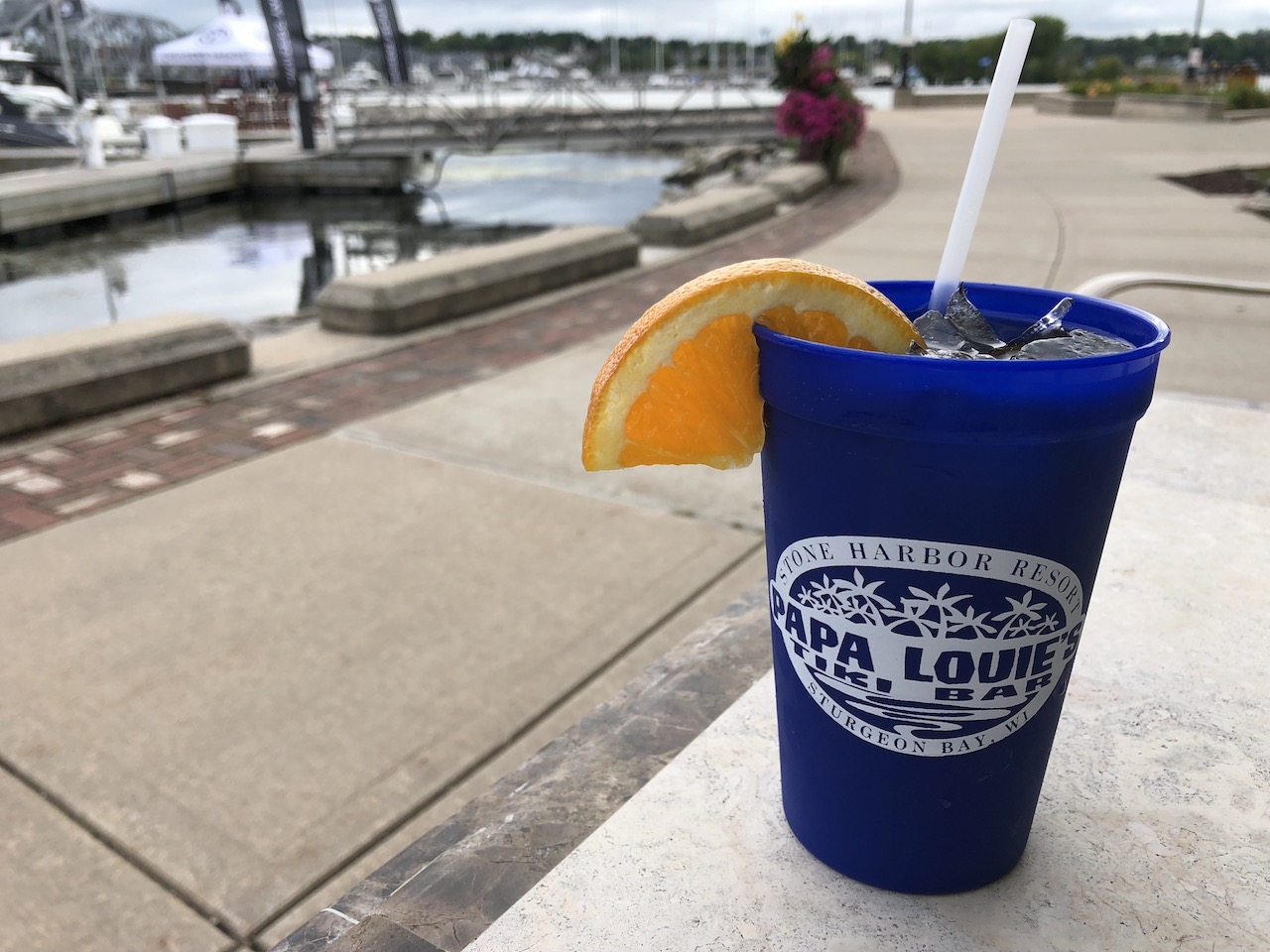 Stone Harbor Resort is best known as being a luxurious year-round resort on the Sturgeon Bay canal; the resort has a full restaurant and indoor dining area making it ideal for conferences and weddings. But on warm summer evenings, take the time to step outside to the marina and waterfront for a drink and sunset stroll. The menu at Papa Louie’s Tiki Bar overlaps the indoor offerings, but several menu offerings hint at tropical. The Papa Louie’s drink is a secret recipe rum punch that, when combined with the reggae music playing in the background, does a wonderful job of kicking off tiki time.