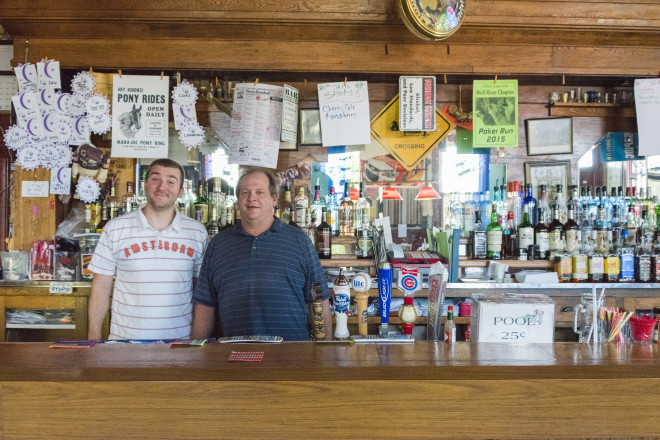 Editor’s Note:  In the Autumn issue of Door County Living magazine, writers Jim Lundstrom, Myles Dannhausen, and Jackson Parr set out to tell the story of the role that watering holes play in our peninsula’s communities. To do so they profiled eight of the county’s iconic bars in brief.

How A Tavern Makes A Town

“There is nothing which has yet been contrived by man by which so much happiness is produced as by a good tavern.” – Samuel Johnson

“I have not wasted my life trifling with literary fools in taverns, as Johnson did, when he should have been shaking England with the thunder of his spirit.” – George Bernard Shaw

There you have in a nutshell the two very different views of taverns. For Johnson, the tavern was the best of times. For Shaw, it was the worst of times.

Despite those independent views of the worth of taverns, they have existed from the beginning of recorded time through today for a reason – they serve as the unofficial community gathering place.

Every good citizen expected that after attending a grueling meeting for the public weal, blowing off steam at the local pub was part of the process. Or perhaps they congregated at the local over a tankard of porter to gather steam to react to strident public policy, or to celebrate new beginnings as the 55 delegates to the 1787 Constitutional Convention did two days before signing the document. The bill of fare from that historic night of partying amounted to 54 bottles of Madeira, 60 bottles of claret, eight bottles of whiskey, 22 tankards of porter, eight bottles of hard cider, 12 tankards of ale, and seven bowls of punch (of the alcoholic variety).

Those roles of the tavern are as true today as they were when St. Paul, while traveling the Appian Way, stopped to talk with disciples at The Three Taverns. “When Paul saw them, he was encouraged and thanked God.” Unfortunately, the Bible does not tell us what Paul and his people were drinking at The Three Taverns, but it was probably local wine.

Think of the Institute Saloon, where locals have been congregating since 1895. That’s an old bar by any standards.

Why is it so unusual to see a 120-year-old tavern?

Times change. Yesterday’s bar could be someone’s insurance agency or living quarters today. Sometimes a tavern is only as strong as the personality of the original owner. When no one else can live up to that standard, the bar’s character dies with its founder. You see examples of that up and down the urban and rural roadways of this state.

But the Institute Saloon is an aptly named example of a tavern that was weathered with the community it serves, despite a variety of owners in its 120-year history. It has withstood world wars, depressions, Prohibition, breathalyzers and everything else that changing times can throw at a business. Think about that for a moment. The Institute has withstood every societal upheaval it has encountered. What does that say about the purpose it and so many other taverns like it serve?

Bar, cantina, dramshop, gin mill, grogshop, pub, public house, saloon, taproom, tavern. Call it what you will, the premise is the same – people gathering in a “public” house to drink and often eat, as well as talk and joke and plot and play. It doesn’t even have to be a place where everybody knows your name – sometimes it’s better if they don’t. 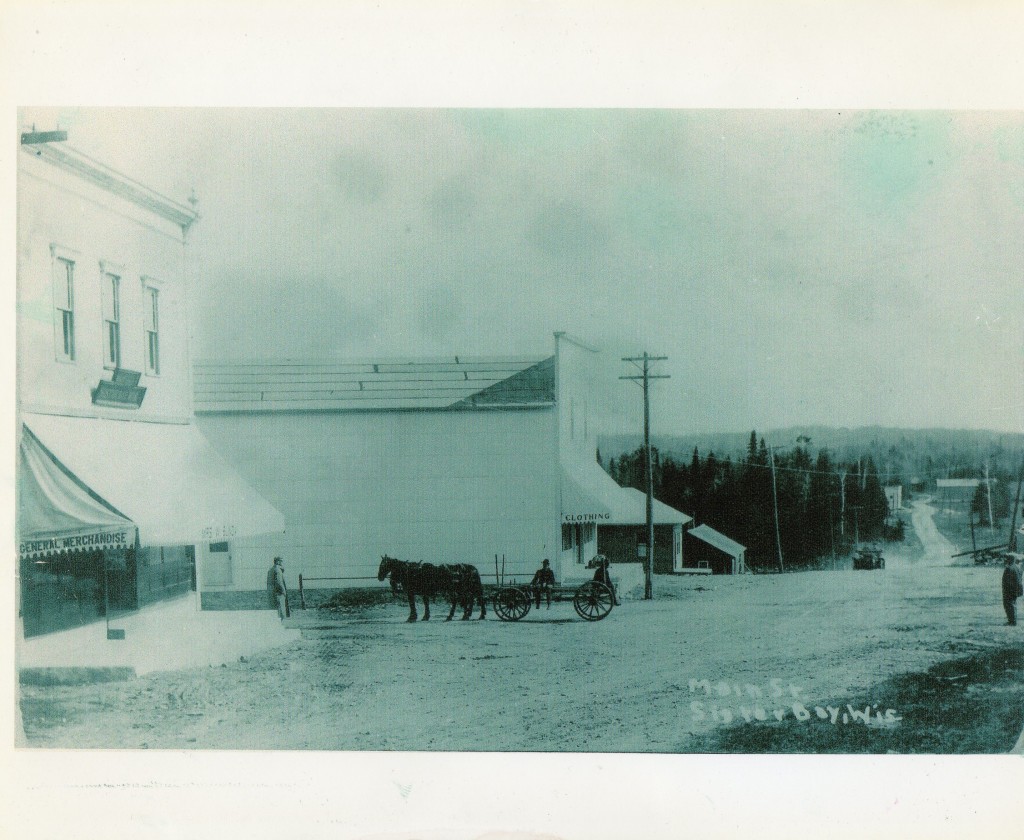 The building that is now Husby’s in Sister Bay has been around almost as long as the village itself, and for most of that time, it has been a gathering spot for the community.

In an essay called The Golden Age of Taverns, historian Gregg Smith writes that in the first settlements “taverns were as important a part of any village’s plan as a fire, street, sanitation or police department is today.”

“With the start of any town’s construction,” Smith writes, “the location of the tavern was given consideration equal to any other aspect of the community. A good tavern was vital to the health and life of the town and as such it was worthy of a central location. More often than not it was placed next to the local meeting hall. This was the case in 1651 when Boston granted permission for a new tavern, provided the owner ‘…keepe it neare the new meeting house.’”

While not every meeting hall may be next to a tavern today, the act of retiring to a public house after a meeting is a tradition that continues to this day. It can be a place of quiet contemplation as much as it as a place of loud celebration.

“The tavern is an extension of our living rooms, facilitating socialization with our friends and neighbors in the same way that a coffee shop might,” writes Jim Draeger in his book Bottoms Up, A Toast to Wisconsin’s Historic Bars and Breweries. “Taverns are important places for political and social discourse. Many 19th century political leaders were tavern owners because the tavern allowed them to have the ear of the people. As an important social hub, taverns have allowed people to band together for mutual aid. For example, collections to finance medical care for people without other means and other types of fundraisers have always been part of the tavern experience. We find jobs, learn the local gossip and make and strengthen friendships in taverns.” 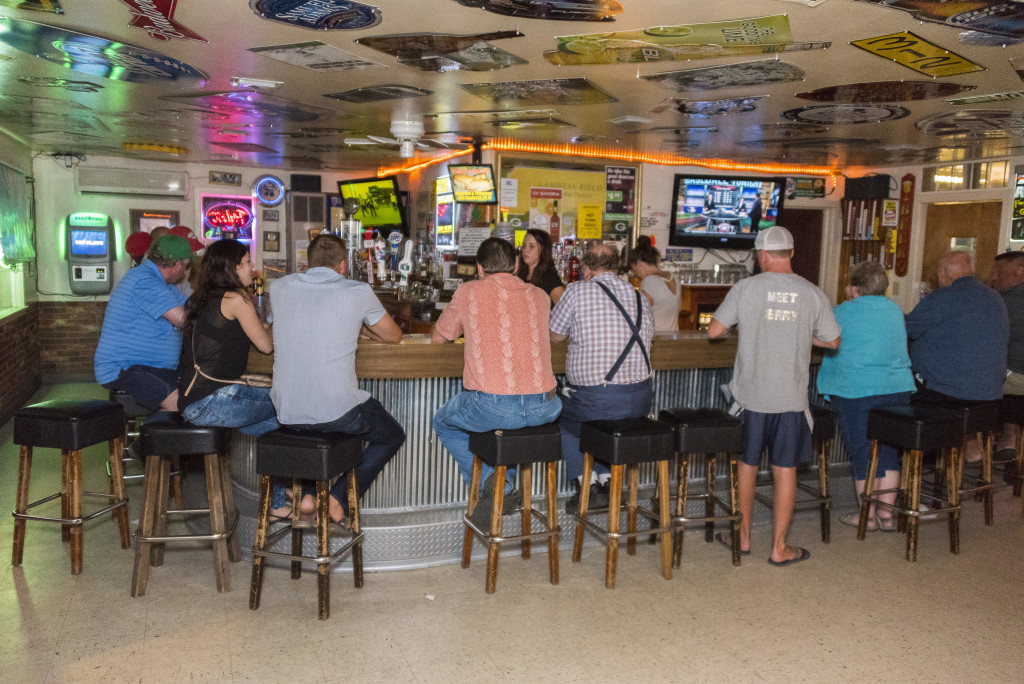 A tame crowd at the AC Tap between Baileys Harbor and Sister Bay. Photo by Len Villano.

These things are as true in Door County as anywhere else in the world, maybe even more so in this place known for family gatherings and celebrations of people from a wide variety of places. Locals share their knowledge of the area over a beer or cocktail at a bar where they’ve just met curious visitors.

“Bars have always been social gathering spots. You can trace that back to the large groups of immigrants that came here in the late 1800s and early 1900s,” said Trissa Crowley, former owner of The Common House who now works at the Fish Creek Info Center. “Bars today, you’ll have a back room where the pool table is. In many places, that’s the room where the women and children used to go. Those immigrants, they didn’t have living rooms, so they went and socialized in taverns. And many of the people who settled in Wisconsin were beer drinkers.”

A tavern mirrors its town. The Bayside has always been artsy, full of actors, musicians, and artists from the venues and galleries around the town. Husby’s, on the other hand, is more commonly home to construction workers, county league baseball players, and the larger local population of Sister Bay. They both have their boat people. Bayside:  the yachties from the marinas a few steps from the bar; Husby’s:  the fishermen from the Northern Door piers.

In Sturgeon Bay, big flashy bars come and go, earning a ton of publicity before flaming out spectacularly as the people always seem to return to the old standbys described as anything but flashy – The Greystone, Poh’s, The Red Room. The bars of dollar mugs of Bud and dusty morning sunlight.

Though no longer open year-round, many still consider the Blue Ox to be Baileys Harbor’s mainstay.

“Consistently, it’s been the Blue Ox, though the Cornerstone has ebbed and flowed through the years,” said Crowley. “You have the Ring Toss game [at the Blue Ox], which is one of the true marks of a local.”

So it’s the little things that make seemingly run-of-the-mill bars into icons. Read on to learn how eight Door County bars became much more than a place to quench your thirst.