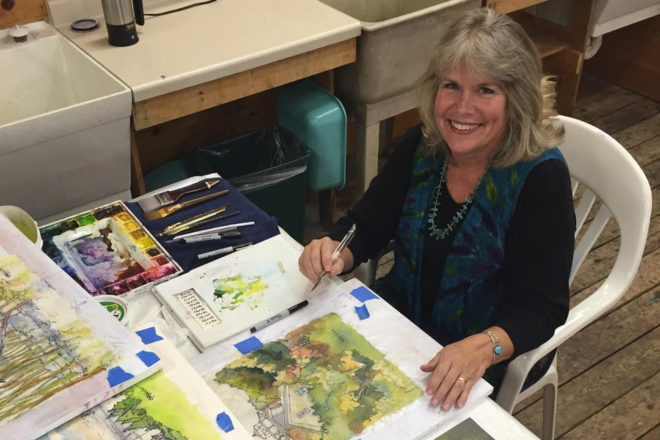 Cathy Meader at work in her studio. Submitted.

Cathy Meader peers out the window and describes the painting she might create if she stepped outside her Washington Island home, set up her easel and poised a paintbrush, “Something foggy and quiet and cozy. I love capturing a feeling, the essence.”

This love and instinct to create art, to capture a feeling, was fostered from an early age. “I was very lucky. My parents would buy me packs of paper and markers and rulers. ‘Make as big of a mess as you want, then clean it up,’ they told me,” said Meader.

Her father made her an easel. Her mother encouraged her to use the blank side of her paint-by-number sets to create whatever she wanted.

And that was that. Meader received a degree in art education from Carthage College before embarking on a teaching career in Racine that lasted more than 30 years. “I taught ages two to 22,” she said. “It’s a wonderful thing to teach, to open up that whole other hemisphere of their brain.” 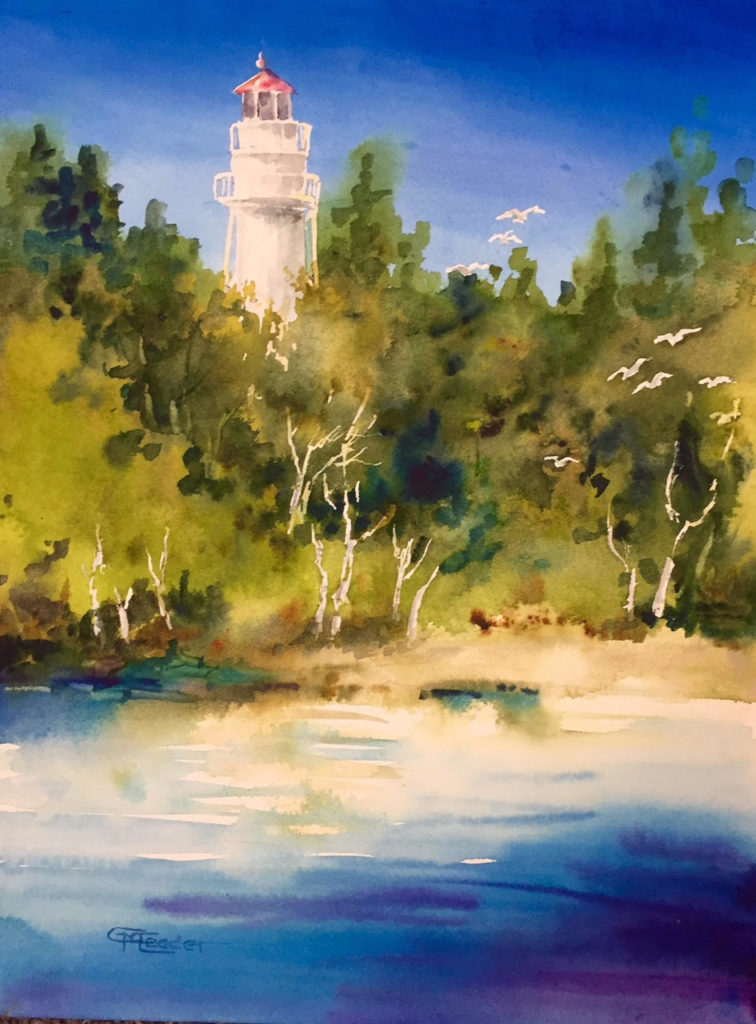 The students felt such fondness for her, they called her Mamma Meader. She felt proud to provide a creative outlet for the students, a safe place where they could express themselves and lose themselves in their projects without being judged or sent to the principal’s office for letting an expletive slip now and then. “Some of the students were coming from really tragic home situations – it’s even amazing they could get dressed and get to school,” she said. “They needed art. It was fun to have that one subject that they wanted to come to.”

Meader became a jack-of-all-art-trades – jewelry, ceramics, painting, drawing, charcoal – teaching for such a well-recognized art program other art teachers from districts across Wisconsin came to her for advice.

In her free time – after school, on weekends, and during summer break – Meader pursued her own passion for art, participated in art shows and fairs, and honed her painting skills, in particular, watercolor.

“[Watercolor] is full of happy accidents,” she said. “I love the spontaneity of it. There are things you can’t control, things you can.”

“There is a good community of artists up here,” she said. “It all fell into place.”

Along with living among a great network of artists, she finds great pleasure in the many opportunities Door County offers her to get outside, easily find a worthy subject and paint plein air. “The subjects are endless up here – the lighthouses, trees, rocks, water, sunsets.” And braving the elements allows a chance to truly capture the beauty around her, though there are challenges:  “Bugs walk across your painting and make lines.” 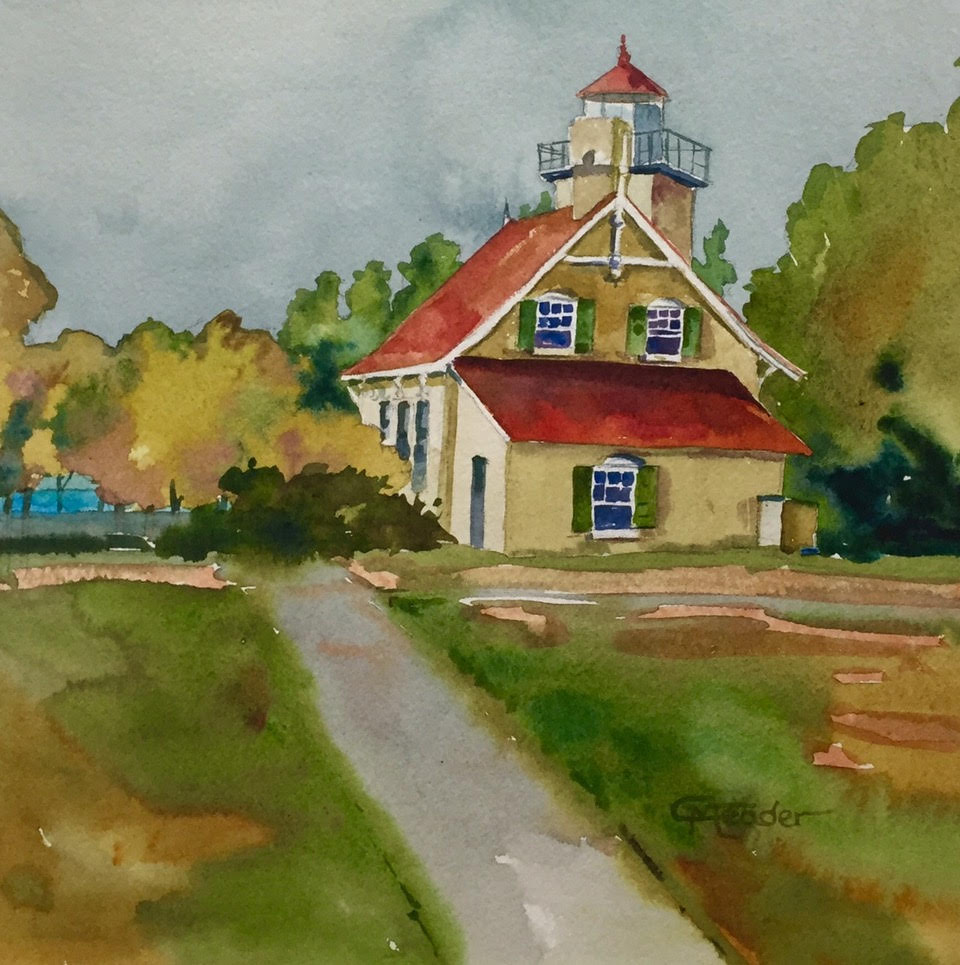 Other Door County wildlife have attempted to interfere with her work, as well. She was painting on a particularly hot day in Jackson Harbor. “I put my seat down in the water because it was so hot.” She focused on a sailboat, using bright – “garish,” as she described – colors and decided she wasn’t liking where the painting was going. She lifted her leg to find a snake had wound itself around her ankle. “I jumped! My painting and brushes went in the water,” she said, laughing. “The painting was whitewashed by the water…and it was pretty good. The owner of the sailboat bought it that day.”

Usually, Meader sets her paintings aside before selling them, allowing a chance to rework them if need be. “I usually work on it for quite a few hours and then let it sit. I’ll have it hanging and keep walking past and might rework areas,” she explained. “When you sit right on top of something you don’t always see the whole thing. With watercolors, less is more. Sometimes if you rework it too much you spoil the freshness.”

And she doesn’t want creating art to ever feel like work, not in retirement. “I want it to be about the creativeness,” she said.

The UU Gallery in Ephraim will display Meader’s work from June 3 through July. An opening reception will take place June 3 from 10 am – 1 pm. Meader will teach a watercolor workshop from June 4 – 8 at her home studio in Washington Island. For more information visit washingtonislandarts.com.