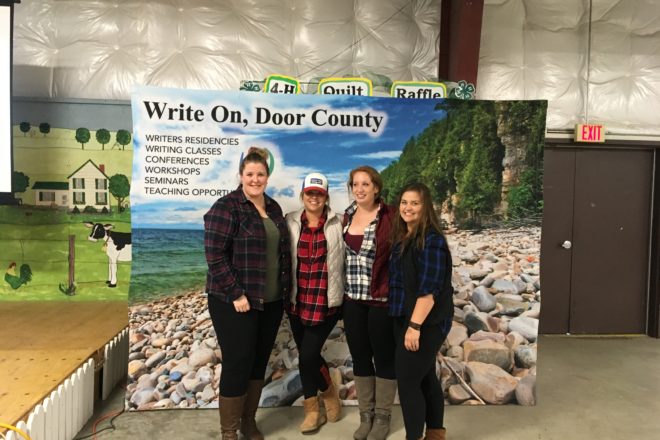 The hunt welcomed 22 teams to the Door County Fairgrounds, where teams received a clue book of Door County questions that sent them hunting by car and foot throughout the middle of Door County. Entering answers into the Door County Treasure Hunt app, competing teams of four to six people earned points over five hours before returning to the fairgrounds for food, drink, and a celebration emceed by Tom Clay, executive director of the Door County Land Trust. Proceeds from the event benefit the programs of Write On, Door County, bringing writing and literacy programs to people of all ages throughout Door County.

The A Team quickly dispatched the Clipper Chicks in the tiebreaker for second thanks to Abby Jarosh’s quick thinking. She was able to answer Clay’s tiebreaker question: “In what year did the United States claim the Door Peninsula territory from the British?”

The answer? 1783. Jarosh said she remembered the year from her fifth-grade history class.

For information on next year’s hunt visit DoorCountyTreasureHunt.com, and to learn more about the programs of Write On, Door County visit writeondoorcounty.org.