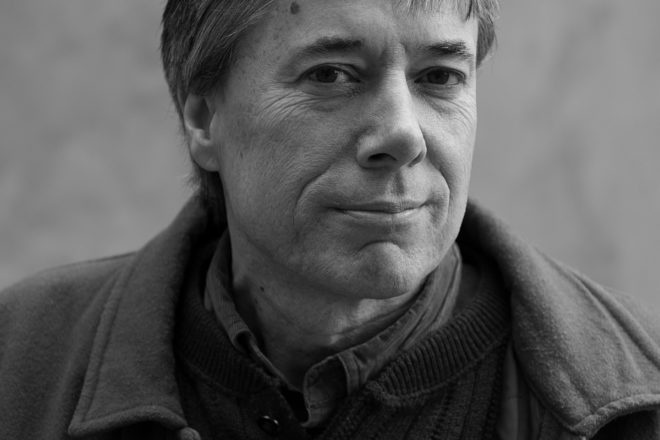 One of the nation’s foremost thinkers on wealth inequality is coming to Door County. Chuck Collins, the great-grandson of an iconic American industrialist, grew up in the top one percent. He gave his inheritance away at 26, and has become a leading activist on solving institutionalized inequality.

Focus on Fairness is bringing Collins to the Kress Pavilion in Egg Harbor on Wednesday, Oct. 24, at 7 pm. The event is free and open to the public.

Collins is a senior scholar at the Institute of Policy Studies. He is known to many for his thought-provoking TED talks and the numerous books he’s written on the subject of inequality, most recently, Born on Third Base: A one percenter makes the case for tackling inequality, bringing wealth home, and committing to the common good.

In a recent interview, Collins answered the following question, “You’re the great-grandson of the iconic American meatpacker Oscar Mayer, yet you decided to give away the wealth you received from your family. Why?”

Collins answered, “I had a significant head start in life – with a debt-free college education and other advantages. By my mid-20s, having the wealth felt like an impediment to making my own way in the world. I didn’t have an emotional claim on it: I hadn’t earned it. The tipping point was working with a group of 30 low-income mobile home tenants facing eviction from their park and realizing I had three or four times as much wealth as all of them combined.”

Focus on Fairness will bring some of the national issues Collins discusses home at a candidate forum on Saturday, Oct. 27, at 7 pm at the Kress Pavilion in Egg Harbor. Candidates for local and state office will discuss fairness, wealth inequality and how we can increase economic opportunity in Door County. The candidates include Libertarian gubernatorial candidate Phil Anderson, Caleb Frostman (state Senate District 1), Joel Kitchens and Roberta Thelen (state Assembly District 1), and Pat McCarty and Tammy Sternard (Door County Sheriff).