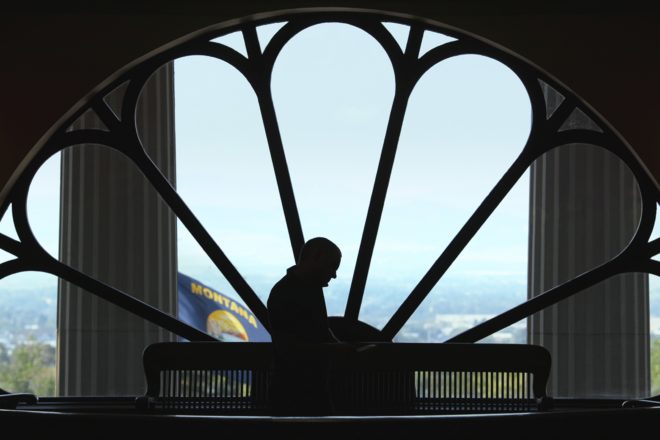 Door Community Auditorium (DCA) added a free screening of Dark Money, an award-winning, Sundance-featured documentary, on July 26 at 7 pm. The film centers around the story John Adams, an investigative journalist and Door County native now based in Montana, where the film takes place. Adams will attend the screening and participate in a question and answer session after the film.

Dark Money, a political thriller, examines one of the greatest present threats to American democracy: the influence of untraceable corporate money on our elections and elected officials. The film takes viewers to Montana, a frontline in the fight to preserve fair elections nationwide, to follow Door County native Adams, an intrepid local journalist working to expose the real-life impacts of the U.S. Supreme Court’s Citizens United decision.

Adams, founder and editor of the Montana Free Press, said, “I was born and raised in Sturgeon Bay. Newspapers were in my blood from the time I was born. My mother was a reporter and later an editor for the Door County Advocate. I can remember as a young boy visiting her at the newspaper…While I’m no longer working in a traditional newsroom, the Montana Free Press carries on the spirit of the hometown newspaper, like the one I grew up with in Door County.”