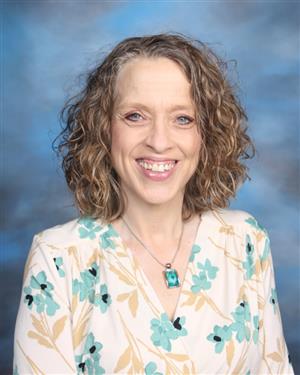 Recognizing that many children have endured some sort of trauma – and some are coping with severe types of trauma – the Gibraltar Area School Board this month endorsed sensitivity training for all school employees.

“This will be school-wide,” said Lisa Wing, district director of learning, with everyone from teachers to bus drivers to support staff receiving training in August with help from expert Marcia Waldron-Kuhn from CESA-7.

Wing said that despite the district’s idyllic setting, Gibraltar employees must be mindful that students come from homes and families with varying degrees of stability.

In addition, this year’s weeklong personal-development and training sessions for educators – set for the last week of August – will focus on sensitivity training. That will be just one step in developing a comprehensive mental-wellness program that will continue to develop for students and employees.

“This is not a one-and-done,” Wing said.

Multiple student-support levels and layers will be developed, and as new best practices are recognized, the district will provide information and guidance on those.

Cyber extortionists and ransomware criminals don’t limit their targets to just corporations and banks, and the costs of protecting against attacks can affect local taxing bodies.

Gibraltar’s school board on June 13 chose to change providers for its liability and property insurance, in part because of the different ways in which two bidders cover the costs of cyber extortion and ransomware.

The district’s current insurer, Insurance Center, was willing to provide an insurance package for about $111,000, but it increased its bid to $124,000 if the district wanted to increase its cyber insurance from $500,000 to $1 million. Board members chose an offer from M3 Insurance Solutions of Madison instead because its $118,000 bid immediately included $1 million against cyber attacks.

District business manager Arba LeClair, who is retiring this summer, said some school districts and educational institutions “got hit hard” by ransomware attacks because they appeared to be “soft targets.”

Board member Erick Schrier, who is Door County Medical Center’s information officer, said he favored having $1 million in coverage because he foresees ransomware costs continuing to increase.

The district is setting up multifactor authentication online, and Schrier asked whether the district could qualify for a lowered premium when that’s put into place.

Beating the High Cost of Fuel?

Public school districts will see an increase in diesel fuel costs, but the price paid for fueling school buses probably won’t be as high as the price at retail pumps. Gas stations charged more than $5.50 per gallon for diesel this spring compared to about $3.22 last spring, according to the U.S. Department of Energy.

“Given the prices of fuel, we should lock something in,” said Gibraltar board president Stephen Seyfer.

Summer’s the time for improvements and repairs for area school districts, ranging from a few finishing touches on a multi-building, two-year improvement project at Sturgeon Bay, to a second phase of improvements to the track and football facilities at Sevastopol.

At Southern Door, the administration is seeking community input and participation through surveys and meetings regarding potential improvements to parking, technical education, career education, classroom spaces and perhaps the district office.

At Gibraltar, school board members turned their focus to safety. The board is seeking solutions as soon as possible after several windows were found to be inoperable. Also, after outgoing Superintendent Tina Van Meer spent years asking for a safety measure in the science rooms, the Gibraltar board approved improvements to its eye-wash stations and emergency showers in case of an accident.

The district currently has cold water only for its middle school and high school eye-wash stations, and it has no drain below its emergency shower in the high school chemistry lab. If chemicals spilled on a student and the student stayed under the shower, “clothes and all,” for the suggested 15 minutes, the room would flood badly.

The board chose Johnson and Jonet of Green Bay for the $25,000 project, in part because the company has already done work in that part of the school and should have an idea of the location of the piping under the floor.

Coach Opening for Track and Cross-Country

The Gibraltar Area School Board this month accepted the resignation of Joy Bastian, former varsity track coach and high school and middle school cross-country coach. The district advertised the opening prior to the June board meeting.