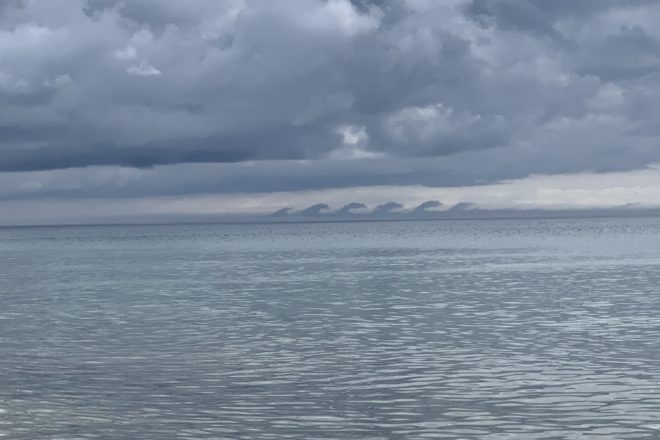 This photo of Kelvin-Helmholtz waves in the shallow atmospheric layer over Lake Michigan was taken June 21, 10:08 am, from a shore residence north of Jacksonport. According to the National Weather Service, they are vertical waves in the air associated with wind shear across statically stable regions. They can appear as breaking waves and as braided patterns in radar images and cloud photos.

These waves are named for Lord Kelvin and Hermann von Helmholtz, who studied the physics of the instability that leads to this type of cloud formation. They usually form on windy days when the densities of the air are different. The instability forms when there is a difference in velocities across an interface between two fluids.

According to Eugene S. Takle, emeritus distinguished professor of agronomy at Iowa State University, they are less frequently seen just above the surface as those photographed over Lake Michigan.