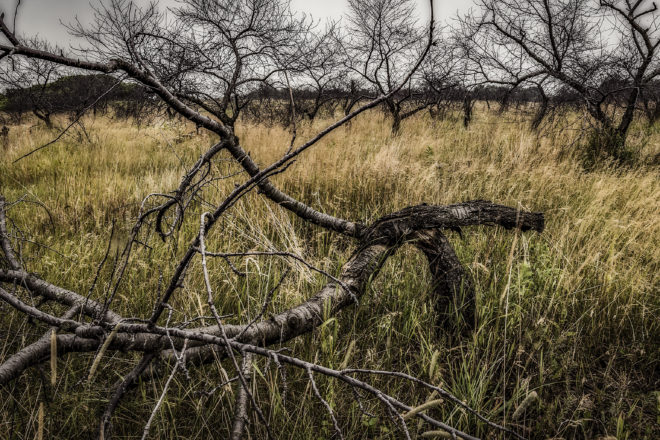 Editor’s note:  This is a condensed version of a feature in the fall issue of Door County Living.

You can feel it driving around on the dark, country back roads at night or right after turning off the light for bed before your eyes adjust. It’s heavy. It makes your skin tingle. Maybe you freeze; maybe you start to sweat. Either way, you know something’s there, watching you. And it’s the fact that you can’t see it and don’t understand it that messes with you. Yes, the mind plays tricks, but it’s not always in your head.

According to folklorist Robert Gard, “Wisconsin contains more ghosts per square mile than any other state in the nation,” and Door County proudly makes its share of contributions to that statistic.

Books and articles have been written about our peninsula’s ghosts, paranormal investigations, ghost tours and more, but I decided to conduct a search of my own to get the eerie accounts straight from those who’ve experienced them. 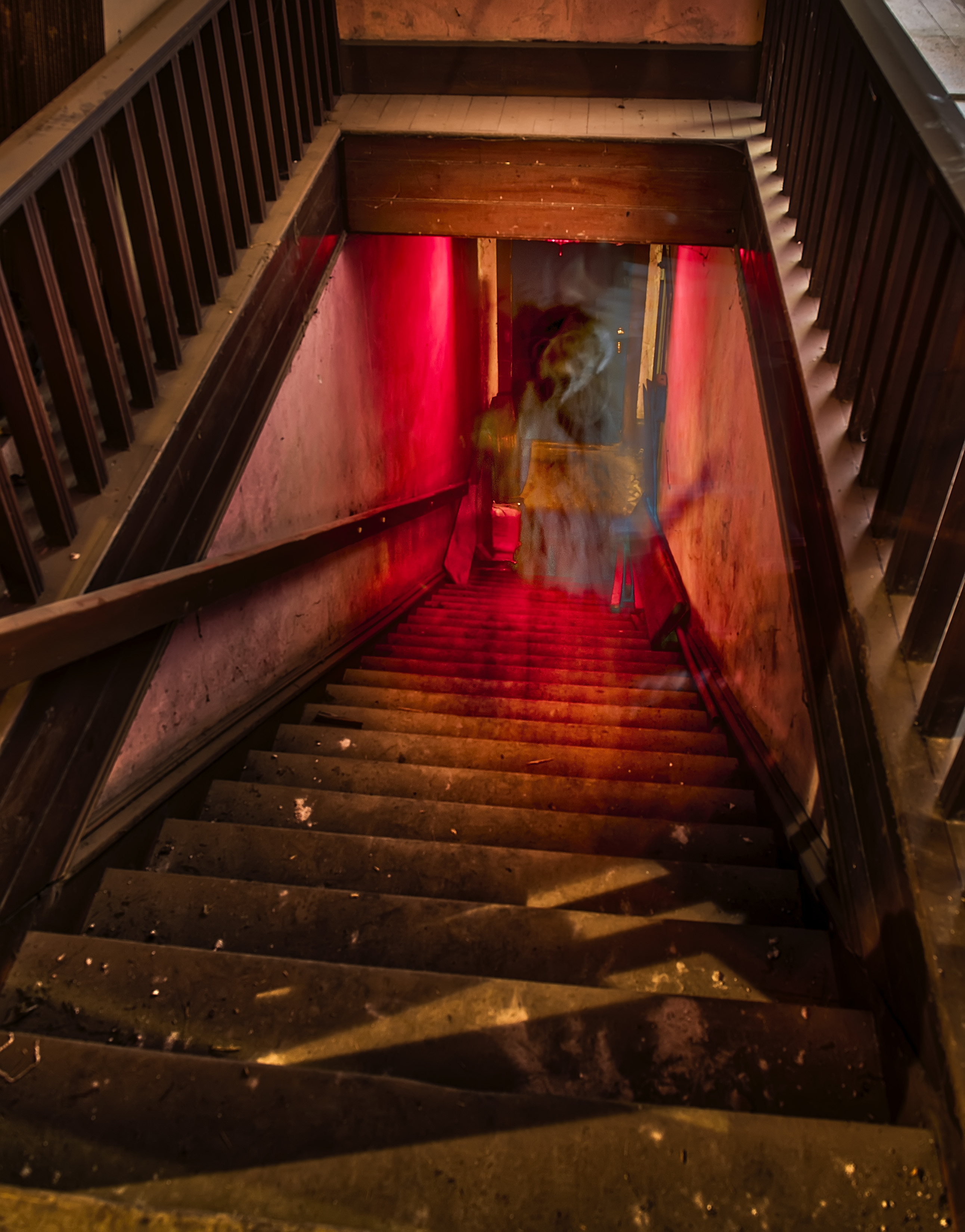 What if ghosts are something entirely different from our traditional understanding? Perhaps they’re not the poltergeists we imagine, but simply memories of times forgotten, trapped and doomed to be replayed for years to come. That’s what Brad Schmiling, co-owner of von Stiehl Winery in Algoma, believes.

Schmiling doesn’t go looking for what’s out there, but unexplainable encounters have come to him and others just the same. It’s no surprise: his winery building has 150 years of history behind it.

The von Stiehl Winery’s restrooms are a particular hotspot. A visitor in 2003 reported that while she was using it, a woman who wasn’t there whispered in her ear. The visitor ended up fleeing the property – and what’s worse, she didn’t buy any wine first.

Another building the winery uses for production is particularly spooky. An upper level houses two apartments that were built in 1902 and, Schmiling said, may have been part of a brothel. The winery’s owners once hired a contractor for some flooring work. While working, he kept hearing noises coming from upstairs, and was bothered enough to check it out. When he was halfway up the stairs, he suddenly turned around. He felt something, or someone, he didn’t like, Schmiling said, and promptly left to spend the rest of the night in his vehicle. 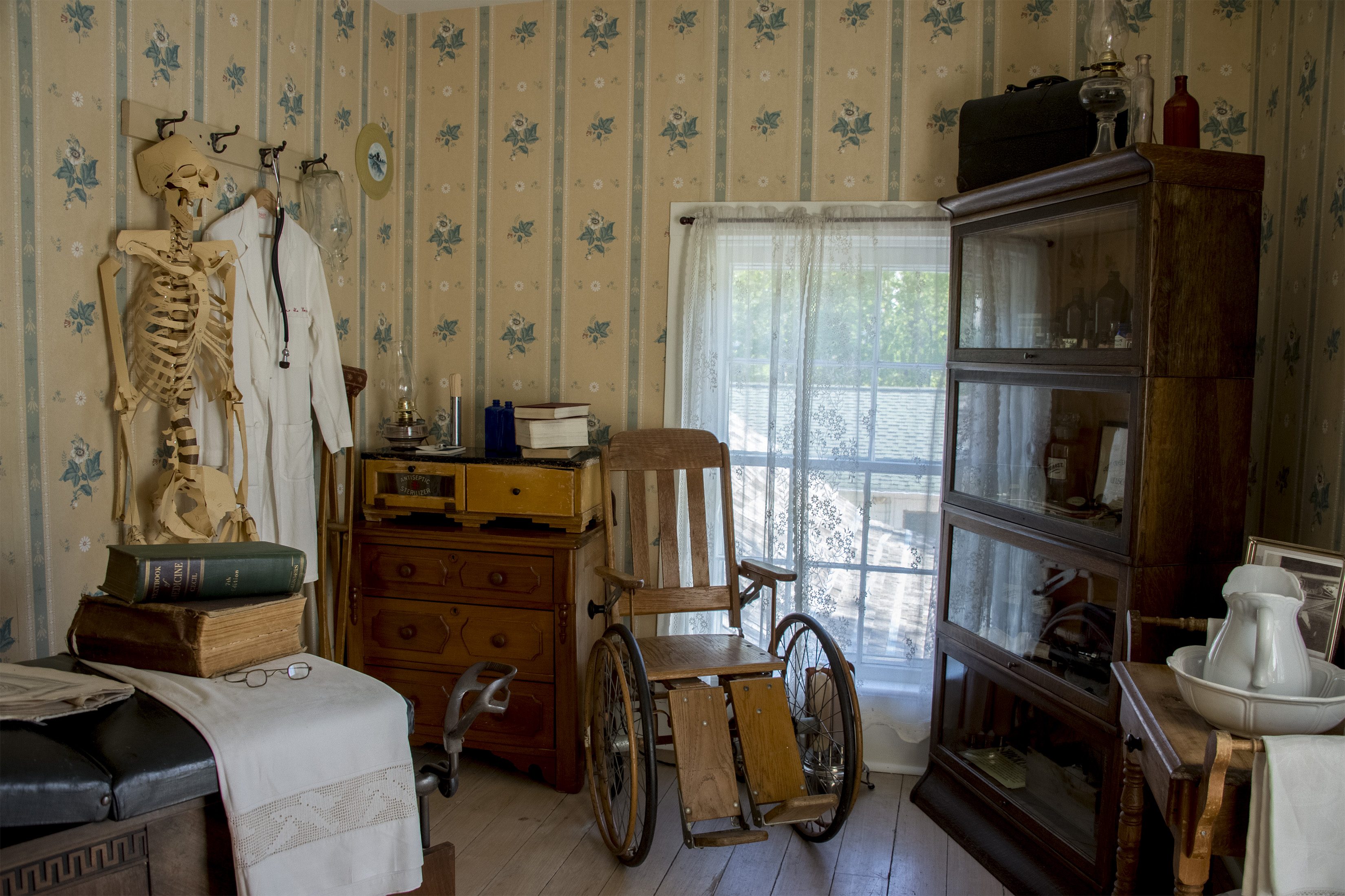 Do mirrors in the dark make you nervous? There’s good reason for that. There are many superstitions surrounding them. The Alexander Noble House has a few haunted mirrors of its own.

This house is famous for being Fish Creek’s oldest remaining residence, built in 1875 by Alexander Noble, one of the town’s founders. Today the Gibraltar Historical Association (GHA) gives tours of the building. Many visitors have reported seeing apparitions, orbs and faces in the windows, among other sightings.

Laurie Buske, director of the GHA, said the most shocking visitor experience came from a girl who took a selfie in the mirror of Noble’s bedroom but found that the resulting photo was that of a skeleton’s face. People’s faces are often seen in the upstairs and downstairs center windows at the front of the house – images that have been caught on camera many times. Buske believes the spirits of the house watch tourists leave.

Buske’s daughter Katie worked at the Noble House for two summers and often experienced odd things, especially while she was alone waiting for tour groups to come through. On her first night, she felt what she believed to be a child tugging on the back of her skirt. She’s also heard a child crying upstairs and doors opening on their own. In the upstairs mirror, she saw a man with a beard standing behind her. And, while sharing information during a tour about Noble’s wife Emily, who died before the house was built, Katie said she felt a cold hand patting her back, as if to console her.

There is plenty of activity at the Noble House, but none of it has been bad, Katie said. “It’s just a family that never wants to move out.”

There are posts on hauntedplaces.org and Wisconsinhauntedhouses.com stating that Sturgeon Bay’s Buffalo Ridge Road is doubly haunted. Urban myth has it that there was a horrific murder in the area, but there is no record to back up the story.

Despite the lack of a true backstory, there have been spooky occurrences on Buffalo Ridge Road. This road is a favorite of the Green Bay-based Northeast Wisconsin (N.E.W.) Paranormal Investigators, a group that has completed multiple investigations of it. Talking with one of the lead investigators, Christine Vande Hei-Sanders, I learned that this spot is a mystery because the investigation-team members always encounter something new. Though they haven’t seen any apparitions, they have had physical contact with unseen entities while walking down the road. They’ve also felt a sense of being surrounded.

Egg Harbor’s Shipwrecked – a building with a rich history dating back to the 1800s – is famous in Door County for being haunted. It’s offered food and board to many guests over the years.

The N.E.W. Paranormal Investigators spent time at Shipwrecked in 2016 and posted their evidence online.

An August 2017 fire caused major damage to the Shipwrecked building. A banner that hung during the reconstruction proclaimed that “Shipwrecked is unsinkable,” and indeed, the new building opened in summer 2018. The guest rooms are no longer part of the building, but ghostly encounters haven’t ended – which doesn’t surprise paranormal investigator Christine Vande Hei-Sanders. If anything, she feels that they may increase.