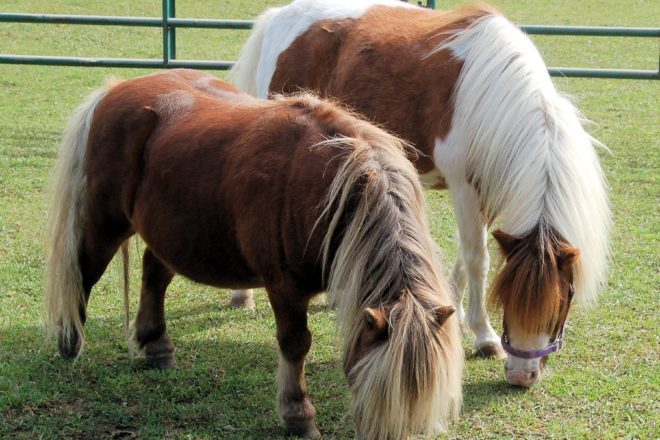 This Memorial Day weekend, an impressive 39.2 million Americans are expected to hit the road for the unofficial kickoff to summer travel. For families traveling to Door County, enjoying a staycation or entertaining guests on the peninsula, there’s plenty to do and see – some for the first time in two years.

Plum Loco is Back

After a two-year hiatus, the farm-animal sanctuary at 4431 Plum Bottom Road in Egg Harbor will reopen May 28.

“We’ve missed our visiting families so much, and so have the animals,” said co-owner Linda Steiner Pascascio. “It’s been eerily quiet over the last two seasons and just hasn’t felt like home.” Pascascio, who owns and operates the farm with her husband, Jeremie, said the absence of children’s play and laughter on the property has left the biggest void during that time.

The private sanctuary has been a popular stop for families since it opened in 2006, offering visitors the chance to interact with ponies, chickens, goats and pigs, and providing the youngest visitors with opportunities to learn through play. Even those who make Plum Loco a regular stop can expect to see some exciting changes this season, including new animal shelters and an updated parking lot, entrance and ticket booth.

Plum Loco, which takes its name from a combination of its location and the Pascascios’ nickname, has a lot to offer Door County families and visitors. Trot over to Animal Acres to feed and pet the animals, or step into Play-Farm Village, which features a farmhouse, play garden, barn, general store and other pretend businesses in the make-believe town.

“All of our features are scaled for children,” Pascascio said. “They immerse themselves in imaginative play for hours on end.”

The philosophy behind the care of the animals is a celebrated characteristic of the business, so although animals are the highlight of any visit, Plum Loco is not a petting zoo in the traditional sense. Rather, it is a haven, providing an animal with a safe, loving home for the duration of its life. Each animal has a name and personal history, and many have found their way to Plum Loco in adulthood. Therefore, you probably won’t pet and play with baby animals, but you will learn some interesting stories behind the adult and senior animals who call Plum Loco home.

“As a farm-animal sanctuary, the animals at Plum Loco are all considered family members,” Pascascio said.
Beyond the corrals, guests are welcome to picnic on the spacious lawn, under the shaded gazebos or at one of the many picnic tables.

Some things are hard to give up – especially the claim to hosting Door County’s unofficial festival-season kickoff. Maifest, sponsored by the Jacksonport Area Business Association and held in the town’s Lakeside Park, will return to its spot at the start of the summer for the 49th year May 28-29.

“We used to be the only festival this early in the season,” said Rob Geitner, one of the event’s organizers. “We’re known as the Quiet Side. We’re more agricultural and don’t do too much the rest of the summer like the rest of the county.”

When Maifest started nearly half a century ago, it gave the rural community a chance to showcase its beautiful beach frontage and put its agrarian heritage on display. That tradition continues today with horse pulls (now in their 46th year), pony drill-team performances and a trick-roping exhibition.

“We’re trying to mirror what [the festival] was a few years ago,” Geitner said. “We’ll have bands on Saturday and Sunday, concession stands, a midway area with inflatables for the kids, and our juried art show is back with over 50 vendors.”
Although the festival will not have pony rides or a softball tournament this year, Geitner is hopeful to bring back more old favorites to future events.

“I think at one point there were 12 pubs that had softball teams,” he said, recalling the tournament his grandfather, Bob Geitner, started in the 1970s.

But the two-day festival isn’t all about farm life and family fun. Held on Memorial Day weekend, it also pays tribute to America’s fallen veterans with a special Memorial Day presentation of the flag by VFW Post 3088 following the popular Maifest parade.

For Geitner and his fellow volunteers, the weekend is more than just another festival or the unofficial start to Door County’s festival season. It’s about community.

“We do like to show off what we have, but we’re not trying to compete with the northern communities,” he said. “It gets people in our town excited and pulls the farming community together. That’s especially important as the agricultural community has been gutted over recent years.”

See Jacksonport by Foot during the Lake to Lake Run

Planning to visit Jacksonport for Maifest? Take your running shoes, and join the fun at the Lake to Lake Run on Sunday, May 29. For those who aren’t quite ready to take on a full or half marathon – or are training for one – it’s one of only three opportunities in the county to run a 10K.

“The 10K distance is an amazing distance because it’s less than a half marathon but draws a really good crowd,” race organizer Rob Geitner said. “We could expand into a larger race, but the course just happened to work out perfectly as a 10K.”

The route travels along Highway 57, onto Lake Shore Road, to Clark Lake, then returns along North Cave Point Drive.
Those who prefer shorter distances, and the youngest of runners, can also enjoy the family-friendly two-mile option (strollers are welcomed), which takes runners on an out-and-back route along Highway 57 and Lake Shore Road.

Both races feature chip timing, and all proceeds support the Jacksonport Fire Department. Learn more and register for the race at runsignup.com/race/WI/Jacksonport/JacksonportMaifest.

If you want an overview of all the county has to offer – with the added fun of traveling by trolley – a tour with Door County Trolley, 8030 Hwy 42 in Egg Harbor, is just the ticket.

The Narrated Scenic Tour ($24.95 for ages 16+ and $18.95 for ages 5-15; please, no children younger than 5) takes travelers on a comprehensive tour of Door County’s best sites and views, including breathtaking vistas from the peninsula’s scenic bluffs to popular sites of local legend and lore. Tickets and more details are available at doorcountytrolley.com.