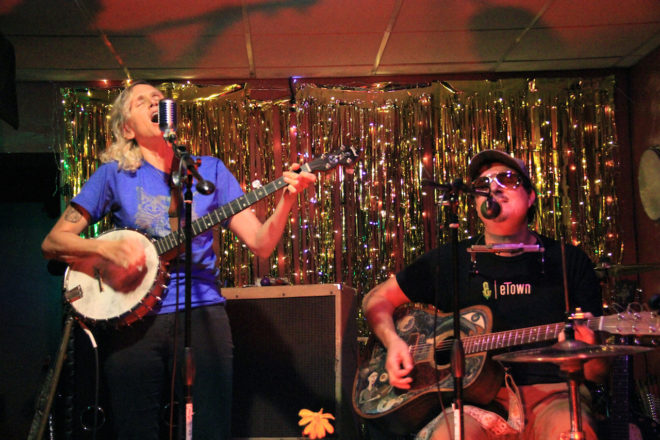 Lucy and Wayne take you for a ride with their road-trip inspired alt-rock tunes. Photo by Aleah Kidd

Lucy Tight and Wayne Waxing are the duo behind Hymn for Her, an Americana rock ’n’ roll band with groovy blues influence and a whole lot of infectious funky style. With a musical toolbox that includes a custom-built cigar box guitar, banjo, mini guitar, harmonica, kick-drum, maracas and cymbals, their songs range from a thundering, beat-driven rock (“The Road Song”) to Celtic-infused, bluebird day anthems (“Dingletown,” “Scoop”) to hauntingly melancholic memoirs (“Yardsale,” “Shallow Graves.”) Life on the road serves as their primary inspiration and listening to their music lives makes you feel as if you’ve hitchhiked along for the rollercoaster of a ride, going from the smooth sailing of the sunny plains to adrenaline inducing mountainside switchbacks and back again. 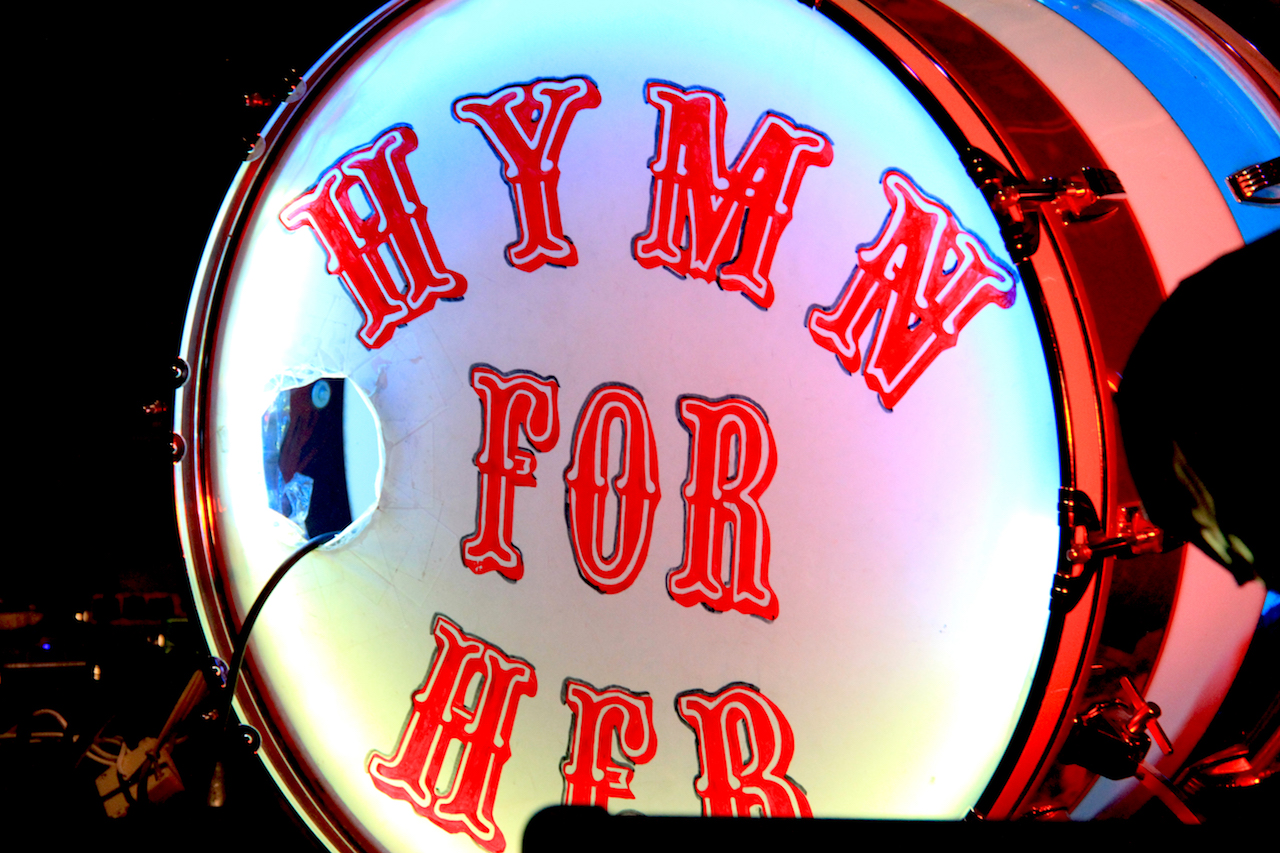 The kick-drum is as bright and bold as their rollicking rock n’ roll. Photo by Aleah Kidd

They returned to Sturgeon Bay Oct. 2 after a six-year absence to play at Tambourine Lounge as part of a tour to launch their latest album, Pop-N-Downers. The intimate space is lit with warm red lighting and allows for the music to reach all corners, leaving no audience member wanting. Fresh off a three-month European tour, Lucy and Wayne are back in the states and touring around the Midwest, out into the true West of Colorado, back east and then ending their tour in their current hometown, Sarasota, Fla.

In the earlier years of their band forming, the two had called a vintage 1961 Bambi Airstream their home and recording studio, traveling around the country and writing songs fueled by their road adventures, including the 2010 album Lucy & Wayne and the Amairican Stream, their 2013 album Smokin’ Flames, and the 2016 album Drive Til U Die. The latest album embraces more of an overseas influence, with several songs written from their rental van that accumulated half a million miles as they toured. “We wrote this album in a similar spot as we were in for Drive Til U Die” said Wayne. “We’ve been traveling a lot so this one is very much influenced by our travels abroad, while Drive was more of an American road trip.” 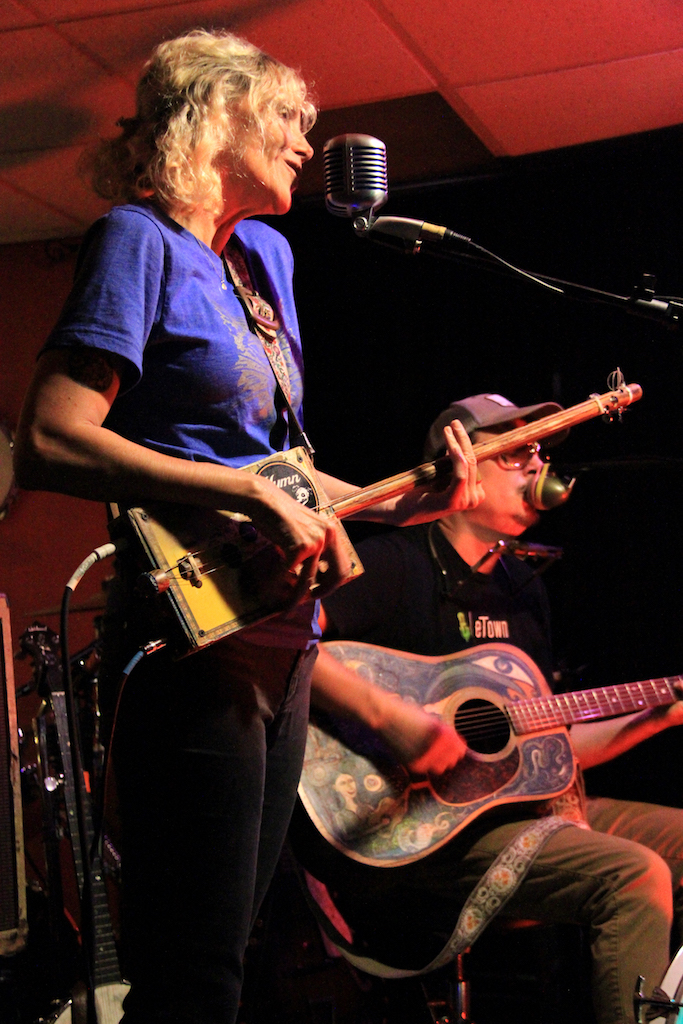 Lucy’s soprano is a playful and sweet while she riffs on her custom cigar-box guitar. Photo by Aleah Kidd

They started the set with a new song, “Scoop,” that immediately puts a swing in your hips and encourages you to not get caught up in the little stresses of life. “Shine! While you can. You may never, be here again,” the pair sings, while the audience claps along.

Lucy, dressed in black jeans and a tee with a hissing wildcat on the front, has a sweet, smooth voice that ends lyrics with a flourishing vibrato. Wayne wears a pair of golden Elvis glasses and is most often playing three different instruments while also layering his voice below Lucy’s soprano.

Another new song, “Dingle Town,” revs up the energy with a Celtic, stomping beat that ramps up to a bold guitar and banjo section with a screaming harmonica. The playful tune draws from the beauty of the Irish seas and mountainous landscape around the town of Dingle in southwest Ireland.

“Auf Wiedersehen” uses a softer, dreamier sound reminiscent of a Bavarian lullaby. The sultry mid-tempo beat has an acoustic jazz influence, and if you close your eyes you’re transported to a low-lit bar somewhere in Europe.

Hymn for Her has the road trip music genre nailed; each song emanates an authenticity from road-wizened artists that it impossible to replicate. Queue up Pop-N-Downers and hit the road for a musical adventure fit for the highways from coast to coast and beyond.