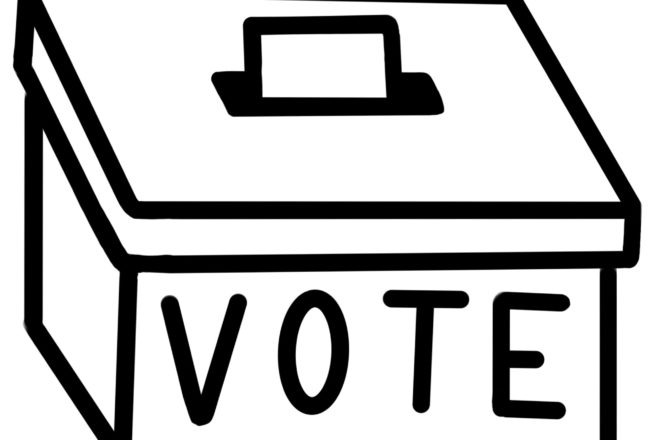 In almost half of the states across the country, 17-year-olds who will have turned 18 by the time of the general election are permitted to vote in that year’s primaries and caucuses – but not in Wisconsin. This leaves me – and tens of thousands of others who have the right to vote for the next U.S. president – out of a tremendously significant component of the democratic process.

The Democratic candidates who are looking to unseat Donald Trump in November are very ideologically diverse regarding issues such as health care, education and immigration. The way the electorate perceives these differences within the party is what makes primaries so influential in determining voter turnout for the general election.

Determining who will be on the ballot in November will undoubtedly have a huge effect on voter turnout in a swing state such as Wisconsin. In 2016, voter turnout here was at its lowest level in 20 years, yet it was the second highest in the nation just four and eight years before. The votes for Democrat Hillary Clinton were significantly fewer than what Barack Obama received during prior elections.

A crucial reason for this was the contrast in the number of millennials that voted. Obama was much more popular and energizing to young voters, which is a huge reason why he won Wisconsin so easily in 2008 and 2012.

This goes to show how much of an effect a motivated and energized group of young people can have on an election. The more people who are excited to show up to vote – and the more people who do show up to vote – the more effective and strong a democracy is. In the states that have passed amendments allowing 17-year-olds who will be 18 by the general election to vote in primaries and caucuses, voter turnout has increased considerably.

Seventeen-year-olds may drive, have jobs and pay taxes, and they can be tried as an adult in a criminal trial. We are politically motivated: We read the news, watch debates and are well aware of our ideological stances by this stage in our lives. According to researchers at the Center for Information & Research on Civic Learning and Engagement, roughly 31 percent of people ages 18 to 29 turned out to vote in the 2018 midterms, which is a huge increase from previous elections. The many grassroots movements that people of this generation have started on social media are further evidence of their engagement.

Studies have even shown that the younger people are when they cast their first ballot, the more likely they are to fulfill this civic duty for life.

Many claim that young people are too politically uninformed to vote. In reality, though, no voter – regardless of age – is required to have any political knowledge at all. According to a survey conducted by the Annenberg Public Policy Center, only 26 percent of Americans can name all three branches of government.

In the Voting Rights Act of 1965, it states that a sixth-grade education provides “sufficient literacy, comprehension and intelligence to vote in any election.” Whenever tests have been required for people to become registered voters, they’ve actually been about preventing groups of people from voting or targeting certain groups to vote, not about increasing how politically informed people are.

Twenty states have passed legislation that makes all eligible voters in the general election eligible to vote in their primaries and caucuses. Some of these include Midwestern neighbors Illinois, Indiana, Iowa and Ohio. Both parties have supported the measure, and rather than creating a partisan bias, it has removed the bias in suppressing the Generation Z vote.

This change won’t be made this year, but it’s important for Wisconsin to give energized Generation Z voters a fair opportunity to decide who will be representing and advocating for them in the future. In the elections of 2024 and 2028, it’s likely that even more people in this age demographic will be politically active and fighting for issues that are crucial to their future, such as climate change. In addition, Wisconsin needs to stop suppressing votes that influence who will represent each party in presidential elections, as numerous other states have.

Solomon Lindenberg is a senior at Gibraltar High School and editor of the school newspaper, the Viking Voice.