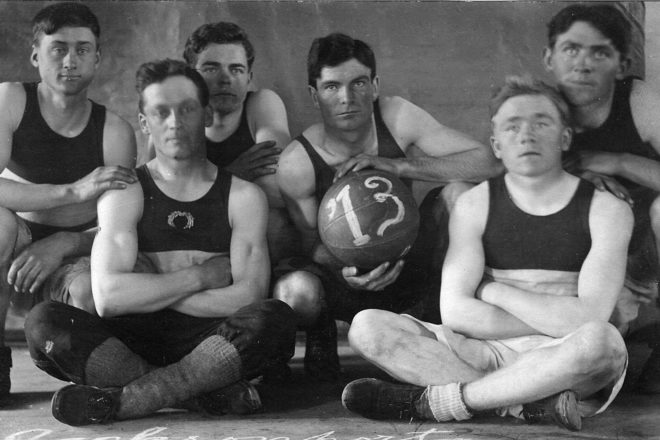 Fred Erskine and Charles Butler, both born in Jacksonport in 1890, became lifelong friends. That friendship included participation on teams as young adults and frequent visits of their children in later life. Both went to Europe to fight in the Great War.

The Jacksonport Historical Society (JHS) will honor these two men June 27, 7 pm, at its first program held in the renovated Town Hall, which adjoins the fire station on County V.

Virginia Jones Maher will introduce the program, which is open to the public. Erskine’s granddaughter Marilyn Hein will project photos taken by Erskine, and Butler’s grandson Rick McLauglin will provide information about Butler’s authorship of a historical novel. Hein and her mother, Marie Erskine Hein, collaborated with Rebecca Halstead to write the narrative accompanying photos in the JHS book Fred Erskine: Jacksonport’s Photographer. Hein will be on hand to sign copies of the book.