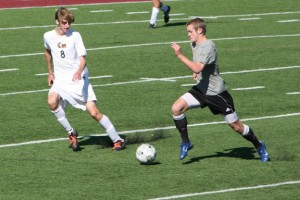 Ian Johnson of Sister Bay, a 2010 graduate of Gibraltar High School, will be traveling with his soccer team from Loras College (Dubuque, Iowa) to Costa Rica in August to train and compete before the upcoming 2011 season. Johnson recently represented the State of Wisconsin and F.C. Green Bay Soccer Club in the recent U.S. Youth National Midwest Regional Tournament held in Appleton over the June 25 weekend. The team won their U19 match against Indiana handily and had two close matches with Kentucky and Missouri.

Ian Johnson along with his younger brother Sammy Johnson will be guest playing for the Rio Select Soccer Team from Brazil in the U19 Division at the upcoming USA Cup Tournament being held July 19 – 23 in Blaine, Minn. at the National Sports Complex. 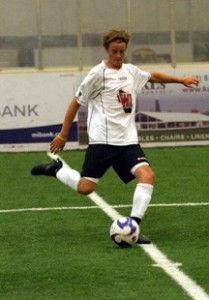 Sammy Johnson will also be playing in the USA Cup Weekend Tournament with his U17 Allouez Avalanche team July 15 – 17. He recently represented the State of Wisconsin in the inaugural State Wars Indoor Tournament held in June at Uihlein Soccer Park in Milwaukee. Teams representing Wisconsin, Northern California, New Jersey and Ohio competed in the event. Johnson was named to the Tournament All-Star team and also took First Place Honors in the Penalty Kick competition. He will be a senior at Gibraltar High School this fall.