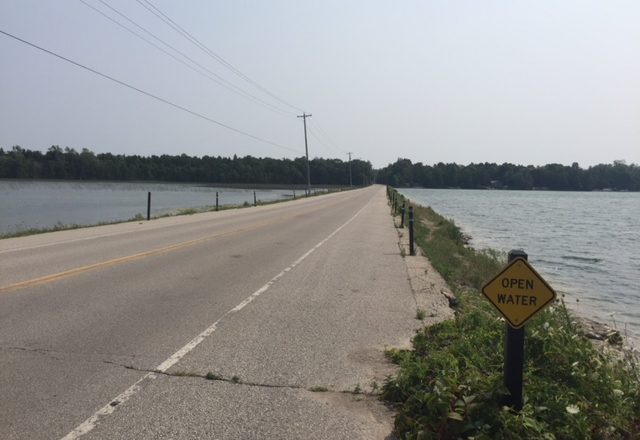 The causeway that became a regular part of the author’s training runs. Photo by Myles Dannhausen Jr.

There will be no rumbling on the Kangaroo Lake causeway in Baileys Harbor.

The Door County Highway and Airport Committee voted unanimously to take no action regarding a request to add rumble strips to improve safety on the stretch of County E that crosses the lake.

Committee Chair John Neinas said he was asked by Baileys Harbor Town Board Chairman Don Sitte to consider adding the strips after Sitte received a complaint about safety on the causeway. The stretch is a popular spot for fishermen and families to cast a line for rock bass.

A woman reported a close call in which a car veered onto the shoulder and a pedestrian had to jump out of the way to avoid being hit. John Kolodziej, head of the Door County Highway Department, said the stretch has not been the site of elevated accidents.

The committee determined that several suggestions for improving safety on the causeway could do more harm than good.

“I’m not sure how much added safety [rumble strips] add,” Kolodziej said. “Guard rails would be a really bad idea. In winter it would pile up snow on the causeway.”

Kolodziej said adding cones or signage at the entrance to the causeway could squeeze vehicles on the already tight stretch of road, and the committee determined that there weren’t enough concerns to justify lowering the speed limit from the current 35 mph. 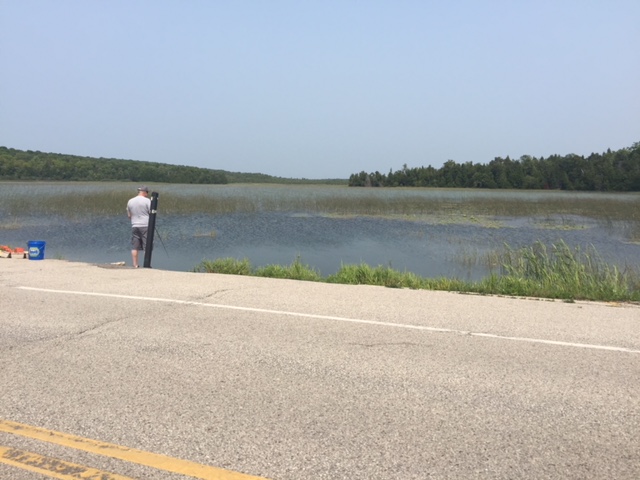 A fisherman casts a line off the Kangaroo Lake causeway. Photo by Myles Dannhausen Jr.