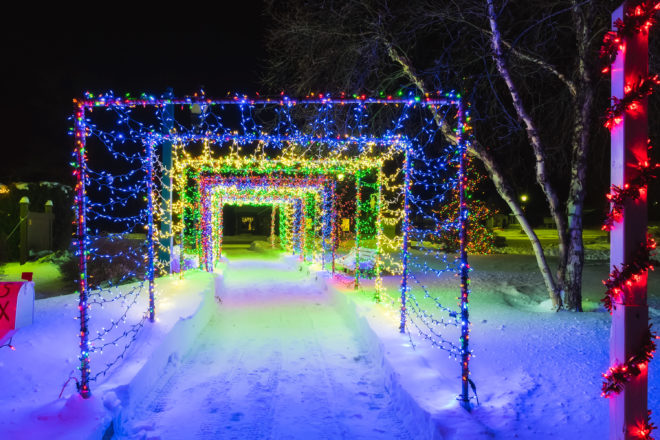 If you have been enjoying the Christmas lights in beautiful downtown Sister Bay, you can thank the village parks crew for many of them. 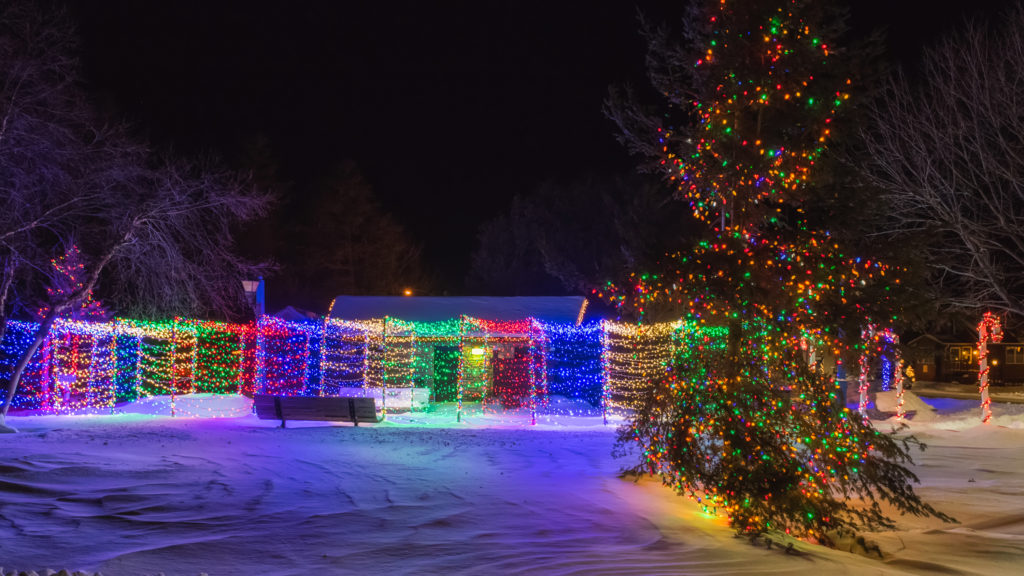 “Every winter we try and build one new thing or more,” Mann said, saying that he peruses catalogs for lighting display ideas, but he also takes ideas from residents. “A few years ago someone mentioned we should make a shooting star, so we made a shooting star with streamers coming off. I heard people say we should make a tunnel, so we made a tunnel this year. That was recycled pipe from the old baseball field.” 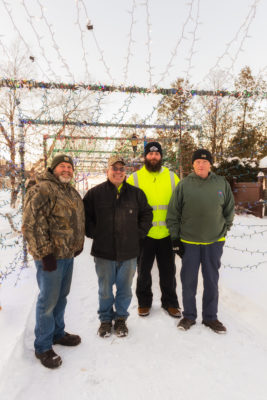 The annual ritual of festive lighting for the village has become a labor of love for the crew, which has plenty on its plate.

“By the time we are done getting the marina ready for winter, we basically have two weeks to put stuff up,” Mann said. “We’ve been trying to make things that we can just take out of the storage building and plug in, stuff that doesn’t take a whole lot of effort. We had perfect weather this year, but we barely got it done.”

Mann said the idea of the village parks crew creating lighting displays happened about six years ago when someone talked to village president Dave Lienau about donating $5,000 a year for homemade Christmas displays with LED lights.

“But I don’t think that money ever came about, so that’s where the idea came from to build displays out of recycled items,” Mann said.

Speaking of donations – Mann said he and the crew could do an even better job of lighting the village if residents wanted to help with financial donations.

“This past year, we had $1,000 in the budget. We basically run out of money when we buy new lights every year,” Mann said. “The tunnel took about 140-150 strings of light, and when you buy LED, they’re not cheap. The big tree down by Hendrickson Park, more than 50 percent were burned out, but that’s all we had so we had to put them on.” 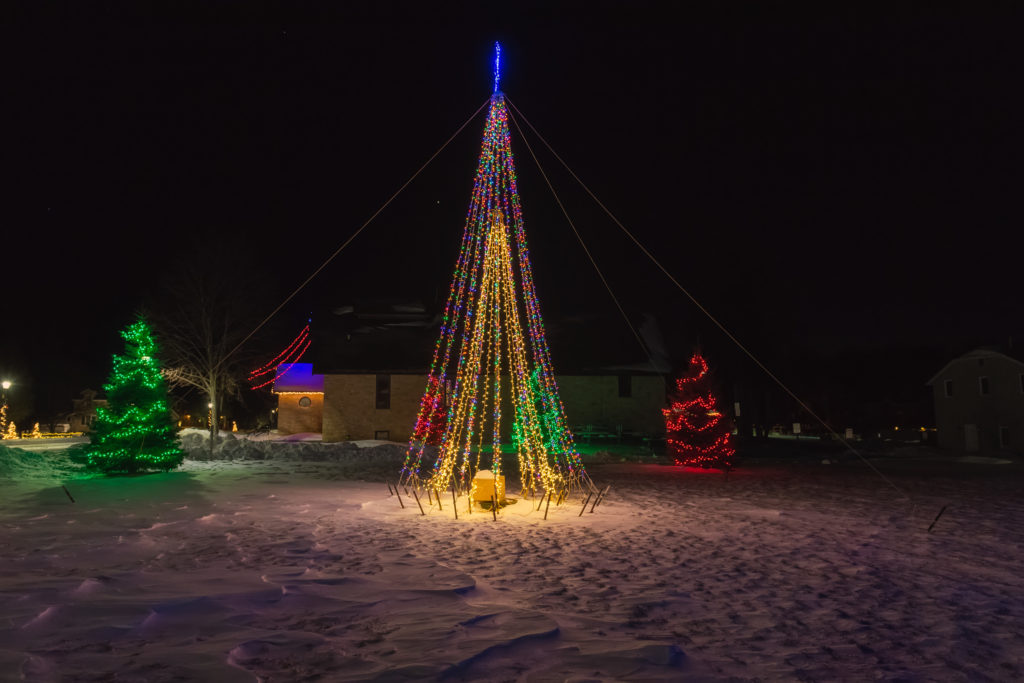