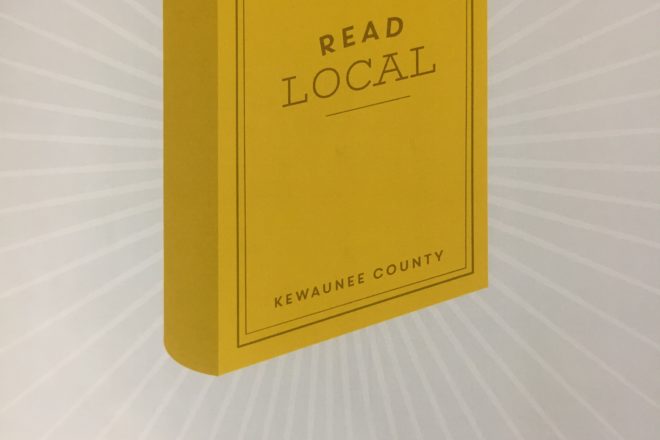 Might a public library fine of $350,293 throw off your finances a bit?

That amount is what Kewaunee County has been billed by other counties for library usage outside of the county between 2011 and 2016.

When the Wisconsin Legislature passed Act 420 in 2006, it allowed a consolidated public library system maintained and financed by the county – such as Brown and Manitowoc counties – to bill library users from other counties with non-consolidated library services, such as Kewaunee County, where the two libraries in Algoma and Kewaunee are run by the respective cities.

Kewaunee County’s latest library bill from Brown County amounts to $52,574 for 2016 library material usage by residents, due by March 1. Manitowoc County also sent a bill for $856.

Records show that 19,995 out-of-county library materials were directly checked out by Kewaunee County residents in 2016, with costs ranging from $2.85 to $5.08 per item.

“If these materials were loaned out by Algoma Public Library or Kewaunee Public Library, there would be zero cost to Kewaunee County,” said Kewaunee County Administrator Scott Feldt in a press release. “We have our own libraries in Algoma and Kewaunee. Let’s use them and save taxpayer dollars for something that is needed.”

“It’s pretty tough. It would take changing state statutes, and I think that’s going to be hard to do,” said Robert Entringer, president of the Kewaunee County Library Services Board.

Entringer said most of the problem is in the western end of the county, in the Luxemburg-Dyckesville area.

Part of the problem is that the Luxemburg area has no library, and Brown County is closer for many in that area than Algoma or Kewaunee on the eastern side of the county.

“Luxemburg has had a couple referenda to build a library, but it’s never been supported,” Entringer said. “Every time it comes to a vote to finance a public library, it’s been roundly defeated.”

In an effort to combat the high cost of out-of-county library materials, a library station was opened at the Nicolet National Bank in Luxemburg where residents can pick up and return library material.

“That was kind of an innovative thing that’s been quite successful,” Entringer said.

In addition, the Luxemburg-Casco School District has opened the high school library for public use, Monday-Friday from 3:30 to 5:30 pm.

However, in order to help staunch the unnecessary flow of money to other counties, the Kewaunee County Library Services Board has launched a public awareness campaign to get citizens to use their own libraries.

Board members have been hanging up posters at local businesses, as well as handing out bookmarks with easy to follow instructions on how to request wanted materials online from local libraries by using infosoup.org.

“We have two very fine libraries in Kewaunee County that serve our citizens in a very friendly manner and a very professional manner and, in my humble opinion, our two libraries are two of Kewaunee County’s most valuable assets,” Entringer said.