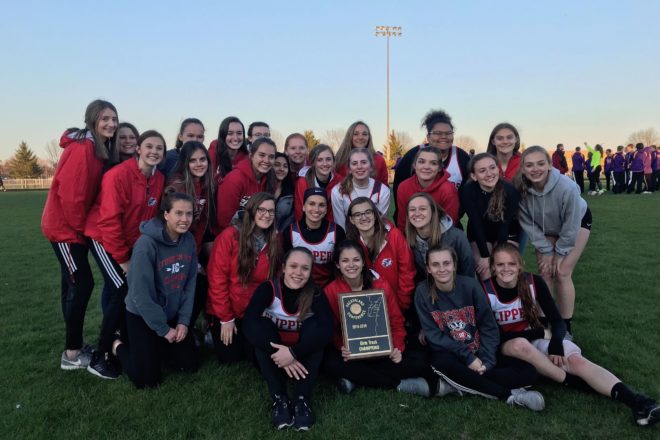 The Sturgeon Bay girls track team won its first conference title since 2009 at the Packerland Conference meet May 13. On the boys side, Kewaunee ran away from the pack as the Sturgeon Bay boys were the top Door County team, finishing third.

Abbi Sitte of Gibraltar won three events, topping the 100-meter dash, the 200-meter dash and winning the 4×100 relay with teammates Sarah Daubner, Abbey Fitzgerald and Nina Sitte. Fitzgerald had a big meet as well. In addition to the relay win, she placed first in the long jump and triple jump.