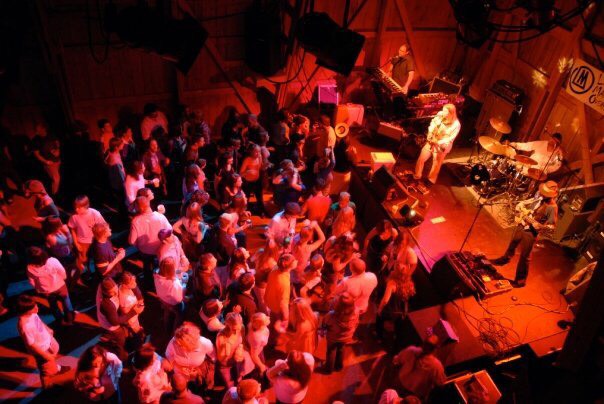 The annual emancipation from winter to spring over the Door Peninsula brings with it an array of entertainment, and none better than the live musical acts that dot the county during the seasonal swing.

On May 12, the Landmark Resort in Egg Harbor will enter the live concert season with a bang as they host Little Marsh Overflow (LMO), a band that has been playing across the county for more than a decade.

“Our first practice space was on Little Marsh Road,” said Josh Gregory, vocalist and keys for the band.

Little Marsh Road, for those familiar with the winding back roads of northern Door County, is a little road off County A and it is where the band got their start in 2001. LMO played plenty during their early years as a band at venues throughout the county before moving to Madison to situate themselves more centrally to the bigger metropolitan areas in the Midwest. The group consists of the three original members: Josh, guitarist/vocalist Mark Webber, bass/vocalist Wade Coisman, and drummer/vocalist Kai Anderson who joined the band at a later stage.

The group loved playing on the peninsula but Madison provided a “bigger market, a lot more opportunities and we wanted to centrally locate ourselves,” Gregory said.

While Madison may have been able to take LMO out of the county, the state’s capital couldn’t take the county out of LMO; the band continued to play up north throughout the years and the impending summer brings back echoes of when the band was often playing to a frenzy of fans as they rocked dance floors of visitors and residents alike. 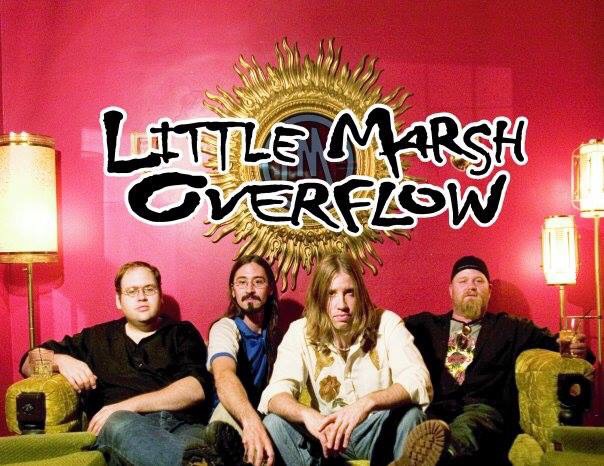 “The summertimes are always fun, especially when you’re a little younger,” Gregory said. “We would play shows at the Bayside where the floor was going up and down with the people that were dancing in front of us and it was completely packed houses; good, quintessential Door County summer, it’s fun.”

While the fun and up-tempo vibes haven’t changed, the band’s style has evolved through the years.

“We started off as a hippie jam band, if you will,” Gregory said. “We would go off on progressions for long periods of time; over the years we stopped jamming out for long sessions like that and now, we are into more structural sounds where there is improvisation but we say you have eight bars to improvise and not go on for as long as you want kind of thing.”

Ask any number of the band’s fans and they may have their own way of quantifying the band’s sound.

The group has released one album comprised of originals and has had a second album in the works that they hope to eventually finish.

“We produced one (album) called The Causeway Effect, it was based off the causeway on County E over by Kangaroo Lake,” Gregory said. “We were in the midst of a second album before I moved up here. It’s something we still talk about finishing and every time we get together for some of these shows it gets brought up that at some point we should try and finish the album.”

Whether jamming out to cover songs or their own brand of tunes, LMO loves playing and audiences love listening and dancing.

The show at the Landmark promises to be reminiscent of the band’s early days on the peninsula.

“I’ve talked to a lot of people that are excited because it reminds them of the good ol’ days in 2001 and 2003 when we were living up north and playing all the time,” Gregory said. “I think there’s some nostalgia there. It’s hard to believe it’s been 16 years now since we started playing up north.”

Little Marsh Overflow will play on May 12 from 8pm to midnight at the Landmark Resort’s Carrington Pub & Grill in Egg Harbor. They will also perform at Short Branch Saloon in Neenah on Saturday, May 13 and at the Bonfire Music and Art Festival in La Crosse from June 1-3.