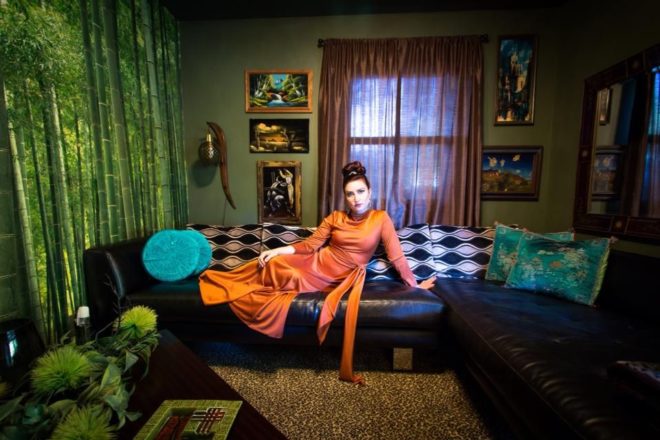 Liv Mueller will give two Door County performances July 5 and 6: at LURE in Sister Bay on July 5, 5-7 pm; and at Sturgeon Bay’s Glas Coffeehouse on July 6, 1-3 pm.

Mueller started singing and writing in a Rockabilly band called The Screaming Lillies. Barely 19, she packed up and relocated to Nashville from the Midwest. Her next home, Austin, is where she formed the first incarnation of The Lovelies. She later re-formed in the Midwest, where it had the most success, before disbanding in 2004. Mueller recently released a solo disc, LIV SINGS Love Songs for the Forlorn and Misguided.