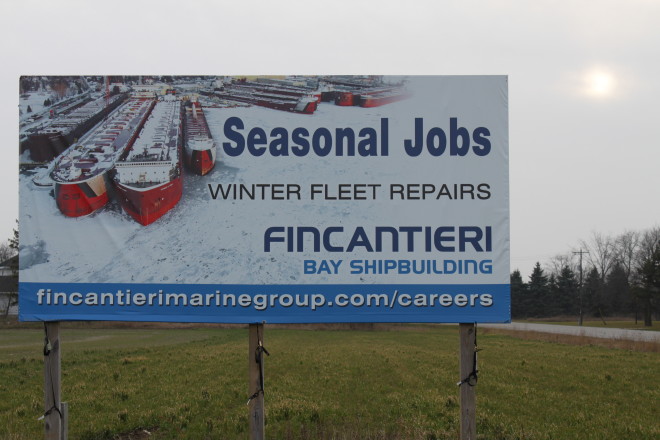 While the Door County Job Center is best prepared to handle high levels of unemployment, the labor shortage seen in 2015 has highlighted a different issue that the center is now faced with.

“If we’re at 3.4 percent in the entire region, that’s effectively full employment,” said Sam Perlman, economic development manager at the Door County Economic Development Corporation. “When everybody who wants to be working is working, businesses close, they move or they reconfigure.”

One way that businesses can mitigate these employment problems is by turning to the Job Fairs held by the Door County Job Center into Employee Fairs, where businesses line up and hope to recruit anyone looking for work that can fill their requirements.

But at the winter job fair on Dec. 8, low attendance by both businesses and the unemployed revealed a stagnant problem.

“It’s the first time we’ve ever done it and that’s why we only had two employers show up,” said Kim Carley, job center manager. “We have big job fairs in the spring and in the fall. This year we thought the reason that we’re doing it is primarily because the changes in unemployment.”

These changes to unemployment include a requirement for anyone seeking unemployment to complete four job searches each week. It’s not easy for an unemployed worker to even find four places that are hiring so the job fair brings them all under one roof.

But many people working in the tourism sector of Door County see collecting unemployment as a natural part of their working year.

“There’s a lot of people that typically, sometimes by choice and sometimes by nature, don’t work in the winter,” said Carley. “So people have worked through October or November and now are going to be off until May, but they are mandated to do four job searches a week.”

Carley understands how the system can function in other parts of the state, but struggles to find a balance in Door County’s unique economy.

“Our hope in doing this recruitment event is that some people who need just seasonal workers could fill that seasonal need but it would also help those individuals on unemployment,” said Carley. “If they work part time they could still collect partial unemployment. But since they may not have to do their job search at that time, it carries them a little bit further.”

The goal is avoiding the long lines at the soup kitchens in Sturgeon Bay when spring rolls around and everyone’s summer money has dried up.

But Arby’s was the only local business at the job fair. Another booth, West Corporation in the Fox Valley, is looking for full time employees who are willing to commute to their offices.

“We do have a few employees that do live in this area,” said Amber Boyers representing West Corporation. “It’s not too far of a drive so we do see that people are willing to commute.”

West Corporation looking for year-round employees at a job fair where a seasonal economy reigns supreme sheds light on the labor shortage that all of Northeast Wisconsin seems to be facing.

“Bay Ship is trying to attract the tourist seasonal workforce to come work for them during the winter months because that’s when they are at their busiest, when they have a dozen or more of the winter fleet in,” said Perlman. “This was the most challenging labor market that I think anybody has seen in a long time. Basically, if you are able to get a job and hold a job, there is a job out there. What we saw this year certainly was not exclusive to Northern Door and it was not exclusive to seasonal employment. Everybody is looking.”