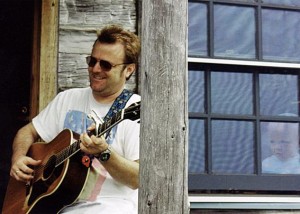 Singer/songwriter Mark Paffrath’s interpretations of the world and the human condition are thoughtful and well-crafted, as well as quirky and humorous. His vintage Gibson guitar in hand, Paffrath garners comparisons to Kenny Loggins, Lyle Lovett, and John Denver. Performing in the fourth Door Community Auditorium Fireside Coffeehouse Concert of the winter season, Paffrath will take the stage on Saturday, March 1 at 7 pm in a concert that will spotlight his enormous versatility and musicality.

A pop/folk singer, Paffrath’s vocal command and instrumental skills, as well as his easy and refreshing style, have entertained audiences from Wisconsin’s neighborhood coffeehouses to Germany’s folk clubs and festivals.

A keen observer of the world around him, Paffrath’s musical interpretations are insightful, his original music well-crafted. Combined with a self-deprecating, but keen sense of humor and repartee, Paffrath’s performances reflect a genuine sensitivity for the human condition, the joys and sorrows of the world.