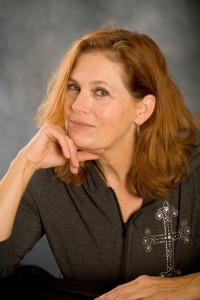 With a wee bit of the Irish, singer/songwriter Kitty Donohoe is a natural storyteller whose performances have earned her accolades from music critics and fans alike. On Saturday, January 26 at 7 pm Donohoe will perform in the second of the annual Door Community Auditorium’s Fireside Coffeehouse Concert series. From love song to rousing jig, Donohoe’s lilting three-octave voice is certain to chase away winter’s frosty winds.

It is by birthright that the Michigan native comes to her music. Born into an Irish American family outside Detroit, from her earliest memories Donohoe embraced her rich heritage. Today, that cultural legacy – both Irish and American – is reflected in her love for language and a musical ear for a melody.

A gifted singer, Donohoe is also a proficient musician who performs a wide range of instruments including the banjo, guitar, concertina, mountain and hammered dulcimers. Her easy rapport and sense of humor have made Donohoe a favorite guest performer at school programs.

An award-winning songwriter, Donohoe has earned critical acclaim for her albums. “There Are No Words,” a song written in response to 9-11, earned Donohoe a 2002 Emmy presented by The National Academy of Television Arts and Sciences, Michigan Chapter.