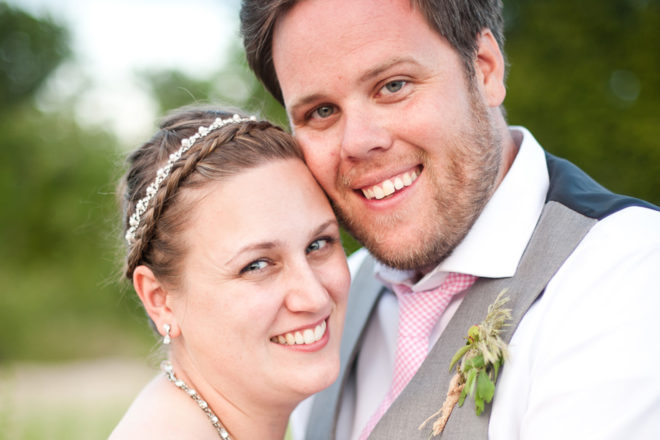 Nicholas Craig Bastian and Joy Alvina Manweiler married on June 18, 2016 at Ellison Bay Park with Richard Burress officiating. The 4 pm ceremony was followed by a reception at the park.

Mr. Bastian is the son of Craig and Valerie (Daubner) Bastian of Sister Bay. He is a 2005 graduate of Gibraltar High School in Fish Creek, where he now coaches softball. He is employed at Pirate’s Cove Adventure Golf in Sister Bay.

Mrs. Manweiler Bastian is the daughter of Roy and Jan (Gruenwald) Manweiler of Princeton, Wis. She graduated from Princeton High School in 2004 and Lawrence University in Appleton in 2008. She obtained her Master of Arts in Coaching and Athletic Administration from Concordia University-Irvine through their online program in 2016. She is a cross-country and track & field coach at Gibraltar and works for Door County Property Management in Sister Bay.

The couple resides in Sister Bay with their cat Levi.