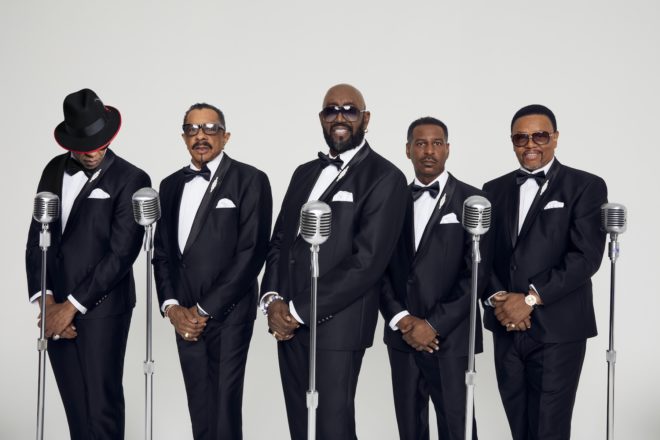 Motown legends The Temptations will perform Sept. 2, 8 pm, on the Door Community Auditorium (DCA) main stage, celebrating their 60th anniversary this year. Throughout those six decades, the group has been a hit-making machine, recording dozens of records and selling out performances worldwide.

The Temptations began their musical life in Detroit in the early 1960s, and they became stars in 1964, after recording Smokey Robinson’s “The Way You Do the Things You Do.” Time has brought changes to the group’s personnel, but The Temptations have retained their signature flair, flash and musical excellence. Tickets are $68-$89.50.

Since winning NBC’s The Sing-Off in 2013, the group has sold half a million albums, notched 80 million streams on Spotify and 290 million views on YouTube, sold out hundreds of concerts, and amassed a legion of diehard followers who call themselves “Home Fries.” Home Free performs harmony-laden versions of hits by John Mayer, Blake Shelton, Keith Urban, Maren Morris, The Oak Ridge Boys, Shakira and more.