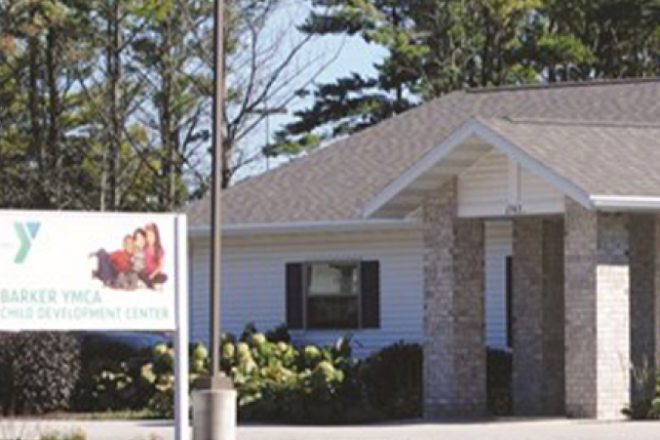 The Barker Child Development Center closed last month, but the facility will get new life, and a new name, this fall.

The closure of the YMCA’s Barker Child Development Center in Sturgeon Bay has sent families and employers scrambling to fill the gap, but leaders say there’s no easy solution.

The YMCA’s board of directors announced June 30 that it will not resume child care services at the Barker Child Development Center. The center discontinued its child care operation at the onset of the COVID-19 pandemic in late March.

“To remain solvent and in business, the YMCA has had to make, and will continue to make, difficult staffing and program decisions,” said YMCA Director Tom Beerntsen. “Unfortunately, closing the Barker Center was one of these decisions.”

Beerntsen said the board and staff discussed several options, sought donors and solicited partnerships with local businesses, but nothing yielded a sustainable path forward.

“Two-income households are asking if it’s worth it to keep working just to pay for child care, so that makes it more of a workforce problem,” Jenkins said. “You risk losing families that decide to move where child care is available.”

Amy Kohnle agreed. She’s director of United Way of Door County, which developed a task force to address child care issues before the situation with the Barker Center came to a head.

“My big fear is that we’re going to lose the young families that are here, and are we going to be able to attract new ones without child care options?” she said.

The task force has added a subcommittee to research short-term solutions for the fall, but Kohnle said prospects for that don’t look good.

“I know parents are panicking, and people are expecting an answer,” she said. “But two weeks into this, we haven’t stumbled on that magic bullet, and I don’t know that we will.”

Coming up with a short-term solution within weeks would be difficult in normal times, but the COVID-19 pandemic raises even more questions about the business model, the safety of child care providers and the health of children in their care. A new business model would also require recruiting new workers because some of the Barker employees have already moved on to new jobs or have left the area, Kohnle said.

Without four-year-old children in the program, it’s hard to see a way forward without a subsidized program.

“We’re focused on a long-term, sustainable solution, which is a question of coming up with a sustainable funding model,” Kohnle said.

That’s no easy task without four-year-old children in the mix. Generally, child care facilities lose money on children ages one to three because of the low child-to-teacher ratio, which is 4:1. Facilities begin to make up for that as children get older. By age four, the ratio is 13:1.

But in 2015, the Sturgeon Bay School District began offering four-year-old kindergarten, which pulled almost all four-year-olds – and the added revenue they generate – out of the Barker Center. The center lost 25 to 28 children and up to $70,000 in net revenue per year when it lost four-year-olds.

Kohnle and Jenkins said it’s difficult to see a future without a public/private partnership.

“Getting our business owners involved in the solution is really important,” Kohnle said. “But this is not the ideal year to ask anyone for support.”

One potential solution that’s been discussed is creating an administrator for in-home child care or a network of providers. But finding enough workers to meet that need would be daunting.

Some communities have found success combining senior care and child care facilities. According to Generations United, there are 105 such shared spaces in the United States. In some instances, seniors are employed as child care providers; in others, facilities are combined, or generations interact in occasional combined programming.

Sturgeon Bay Mayor David Ward said the city has discussed the issue and may commission an in-depth study to determine child care needs in the area, similar to what the county did to detail the housing shortage in 2018.

“It’s going to take innovation, not the same techniques and approaches that have always failed before,” he said.