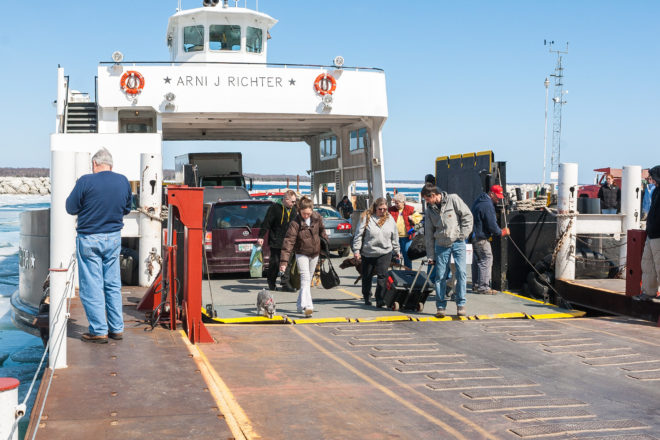 May 22 is recognized as National Maritime Day in honor of the May 22, 1819, voyage of the American steamship/sidewheel/sailboat Savannah, which set sail from Savannah, Ga., for the first transoceanic voyage fueled by steam (although part of the voyage was made under sail). The Savannah was actually supposed to set sail on May 20, but it was delayed for two days when a drunken sailor fell off the gangplank while boarding and drowned. National Maritime Day was created by the United States Congress in 1933. In honor of the U.S. maritime industry, we look at a few numbers.

The number of American companies that operate 56 U.S.-flag vessels on the Great Lakes.

Number of privately owned articulated and integrated tug-barge units flying the U.S. flag, as of Oct. 2, 2015.

Number of privately owned ocean-going merchant vessels of 1,000 gross tons and above flying the United States flag as of May 2, 2016.

The number of ferry operators operating in 39 of the states and territories, transporting nearly 50 million passengers (2010 figures).

The number of jobs produced by Great Lakes shipping in both the U.S. and Canada.

The amount of economic activity a wintering vessel generates in the community where it is moored.

The tons of cargo the U.S.-flag Great Lakes freighters carried in April 2016, 9.7 percent more cargo than in April 2015.

The number of tons of cargo the U.S. Great Lakes fleet can move in a single shipping season.

The amount U.S.-flag vessel operators on the Great Lakes have committed to maintain and modernize their vessels in 2016. Maintenance and repair work typical of the winter lay-up period cost approximately $60 million. Projects that involve repowering vessels or installing exhaust gas scrubbers will cost upwards of $50 million.

The Great Lakes industry’s annual payroll for its 2,700 employees.

The amount of federal, state/province and local taxes generated annually by the Great Lakes shipping industry.