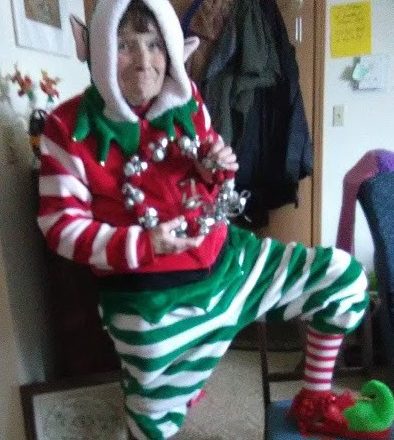 She was born in Green Bay on June 16, 1950 to James Howard Hickey and Lois Ann (Geohegan) Hickey and immediately displayed a stubborn and opinionated personality. Ann graduated from West High School in Green Bay with the class of 1968. She went on to study English, Writing and Journalism, and Acting at the University of Wisconsin-Green Bay. Through her life, Ann constantly took the road less traveled, often to the consternation of her family and friends. In April of 1979, she gave birth to her daughter, Deena, who quickly established the same stubborn and opinionated personality. Deena, however, was born with the gift of perspective, something Ann struggled with her whole life.

Ann initially worked with her Dad at NEW Bowling Services in Green Bay and helped write articles for their publications. Growing up around the bowling alleys gave Ann a chance to better her game and she recalled rolling her personal best, 220.

Ann was an incredibly talented artist and graphic designer. She worked for several marketing companies, and in the 80s, she spent several years designing and printing the “Packer Line Up”. She was also a journalist, writing bylines for some small-town newspapers. But the work she was most proud of was that of a Pre-K teacher. Ann loved and understood kids, and they loved her in return. Ann’s love of cats earned her the moniker, “Grandma Kitty.” Besides cats, Ann enjoyed playing Bridge and spending time outdoors, specifically anywhere there was water. Through her entire life, anytime she could and regardless of the season, Ann would be found in a lake or on a shoreline somewhere, usually watching the sunset and feeding the birds.

In 1999, her greatest joy was born…her grandson, Alex. From the day he was born, Ann delighted in him, and from that day forward she constantly tried to better herself for him. She became a scholar of all self-help and motivational figures and was often giving unsolicited advice and sending articles and recommendations to people she cared about. In 2008, Ann decided to quit drinking. She got on the wagon, and never got off. She worked very hard to overcome a lot of the self-inflicted obstacles she had constructed, and by the time of her death had become someone her daughter was incredibly proud of (even if often exacerbated by).

Ann is survived by her daughter, Deena (Brad) Walechka of Denmark; grandson, Alex – whom she hopes will get a tattoo of her; siblings, Dennis, Gary, Sharon, Lola, all of Green Bay, and  Paul (Pam) of Satellite Beach, FL.

She was preceded in death by her parents; and her brother, John.

SERVICE POSTPONEMENT: The visitation and memorial service originally scheduled for Saturday, October 10, 2020 at Celebration Church in Green Bay HAS BEEN POSTPONED FOR A LATER DATE, due to the recent COVID-19 activity. Any service updates will be announced through Ann’s tribute page at www.huehnsfuneralhome.com where expressions of sympathy, memories, and photos (of Ann) may be shared with her family.

Ann’s family would like to express their gratitude to the staff of Compassus Hospice who took care of Ann through the end. Also, an extra special thanks to her son-in-law’s family, specifically Michele, Kayla, Justin, Beau, and Levi, who all accepted Ann into their hearts and homes and gave her a family of the heart.

Huehns Funeral Home, Inc. & Door County Crematory LLC in Sturgeon Bay are assisting the Hickey family. Expressions of sympathy, memories, and photos of Ann may be shared with her family through her tribute page at www.huehnsfuneralhome.com.