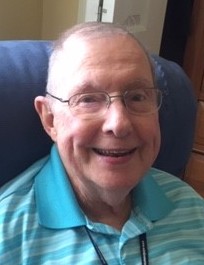 Charles Albrecht Farrand, 82, of Sturgeon Bay died peacefully with family by his side at Cardinal Ridge CBRF.

Charlie taught English as a foreign language in Talas, Turkey, from 1959 to 1961 and then returned to Wisconsin to teach economics and various history classes at Madison West High School from 1963 to 1992. Many of his students remained friends throughout his life. He retired to his hometown of Sturgeon Bay and wintered in Borrego Springs, California, until 2009.

Charlie was a very kind and generous person with a great sense of humor. He loved Door County but was drawn by the warmth and beauty of the desert. He never missed an opportunity to share his surroundings with family and friends. Charlie was an avid sports fan and also enjoyed playing and watching golf. He loved to read, especially historical novels and murder mysteries.

He will be laid to rest by family in Bayside Cemetery with a private graveside committal.

Memorials may be given in Charles’ name to Unity Hospice.

“Our family would like to extend a special thanks to the staffs at Cardinal Ridge and Unity Hospice for their compassionate care and kindness given to Charlie during his time there, and also thank you to Huehns Funeral Home.”

Huehns Funeral Home and Door County Crematory in Sturgeon Bay are assisting the family. Expressions of sympathy, memories and photos of Charles can be shared through his tribute page at huehnsfuneralhome.com.