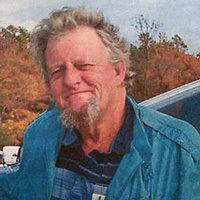 Donald Hanson was born July 16, 1945 in Neenah to Lawrence Howard Hanson and Katherine May (Kodanko) Hanson. He graduated from Neenah High School in 1964. He worked for Main Autobody in Neenah before becoming a City of Menasha Police Officer in 1969. He married Lynn Margaret Strelow in 1977. He became a father in 1986 and again in 1988. He spent 22 years as a police officer before retiring in 1991. He then became a stay-at-home dad and spent his time loving and raising his children. The family moved to Door County in 1994 where they became members of Shepherd of the Bay Lutheran Church of Ellison Bay. Don was an avid airplane enthusiast and attended the EAA AirVenture for past 30+ years. He split his time between working in his woodshop, watching airplanes at the Ephraim Airport, and spending time with his family and friends. He died unexpectedly the morning of Feb. 8, 2018.

He was preceded in death by his father, Lawrence Hanson, his mother, Katherine Hanson. He is survived by his wife Lynn Hanson, daughter Amy Lynne Hanson (Kristal Van Den Berg), son Cory Lawrence Hanson, and sister Caroline A. (Hanson) Nelson. Don was a loving husband, father, brother, uncle, and cousin. He will be missed dearly by his family and friends.

The visitation will be held Feb. 16, 2018 at Shepherd of the Bay Lutheran Church of Ellison Bay from 11 am until the service at 12:30 pm with a time of fellowship to follow.

In lieu of flowers a memorial has been established.