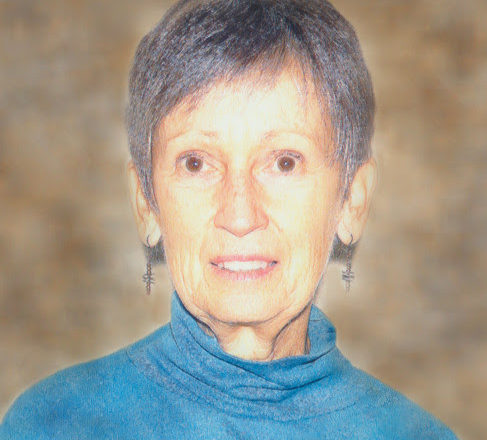 As I remember Francha, I think of her as a trendsetter and an activist. She knew what she wanted and she pursued her course. Like marching in a drum and bugle corps, waiting until she was 30 to learn to drive and buy a car, like going back to school to be a librarian. She gave unique gifts that fit the receiver to a T. She jumped into doing: renting a chainsaw to cut back her bushes, learning to make paper, and all her creative activities, including grant writing and poetry. She served great meals and entertained guests just like our Mother did. And she loved cats. She was perennially known for being good with children.

The eldest daughter of Frank and Frances Barnard, Francha, age 76, was born on July 6, 1946. Francha graduated from South High School in Sheboygan, WI in 1964 and attended Mount Mary College in Milwaukee, WI and graduated with a Liberal Arts degree in 1968. She graduated with a degree of Master of Arts in Library Science from the University of Wisconsin, Madison, in 1976.

Francha was a librarian at Mead Public library in Children’s Services in the 1970’s. After she began her career with the Sheboygan Area School District, she continued her association with Mead as president of the Board of Trustees and a member of the Mead Foundation.

Francha joined the Sheboygan Area School District on October 2, 1978 as a School Librarian. She later trained as one of the first Library Media Center Specialists, and became so proficient she was promoted to Instructor Media Center Specialist. Francha brought her love of books and learning to multitudes of children at five different Sheboygan Area Elementary Schools: Jackson, Mapledale, Lincoln-Erdman, Cleveland, and Sheridan.

Eventually she went back to Jackson and retired after 16 years serving the schools on June 13, 2005.

Following her retirement, Francha moved to Baileys Harbor as a full-time resident. She fell in love immediately with Door County and became active in many aspects of the community.

As a continuation of her literary endeavors, she gave more serious attention to her poetry writing. During her teaching years she ran creative writing groups to third- to fifth-grade writers, concentrating on short stories, essays and poetry, but didn’t write poetry herself.

Word Women, a Northern Door critiquing group, formed in 2006, and a friend in the community recommended Francha as a member, a step that launched her regular writing and public reading. After that came the planning of the Meadow’s Gallery annual poetry and art show.

Francha’s poetry regularly appears in the Wisconsin Fellowship of Poets’ calendar, for which she was a co-editor in 2017. Francha is also a contributing co-editor of the anthology Soundings: Door County in Poetry and was the poetry winner of the 2010 Hal Prize for her poem: “Weavers”.

At the nearby Bjorklunden of Lawrence University, Francha voluntarily tidied up the library, and was a Wednesday afternoon weekly docent for their small, wooden, 12th century Norwegian Chapel. She described in detail the 41 hand-painted frescoes and at the end of the tour, would pull the cord attached to the bell in the bell tower.

Francha was a political and human rights activist at the grass root level from her childhood to her last days.

Perhaps the greatest joy for Francha was spending time with her four nieces and nephews, Ian Francis (and Miwa) Matsuzaki-Petta (and great niece, Tamami) of Japan, Lauren Elizabeth Petta of Knightdale, NC, Neil Douglas Petta of Frederick, MD, and Lena (and Marianne Barnard), of Chicago, IL.

Also occupying a special place in her heart was her cat, Nina, who would sit in the front window looking over Baileys Harbor, and acknowledging, with a slight blink of an eye, Francha’s neighbors who would pass by on Frogtown Road.

Francha was preceded in death by her parents, Francis X. and Frances D. Barnard.

Her family would like to express their gratitude and appreciation to the staffs at Door County Medical Center in Sturgeon Bay, WI and Bellin Hospital in Green Bay, WI for their tender care of Francha on her last day and final hours, especially PA Emily at Bellin Hospital.

Casperson Funeral Home & Cremation Services in Sister Bay is assisting the Barnard family. Expressions of sympathy, memories, and photos of Francha may be shared with her family through her tribute page at www.caspersonfuneralhome.com.