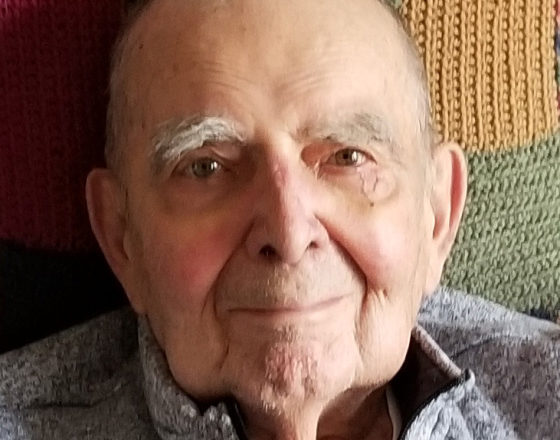 Gerald Eugene Barlament, 92, of Sturgeon Bay, passed away peacefully on April 13, 2020 at his home. He was born April 18, 1927 in Green Bay to Walter and Patra (Anderson) Barlament and raised in Duck Creek. After graduating from Green Bay West High School in 1944, he enlisted in the United States Navy. He served his country during both World War II and the Korean War, stationed on the USS Briareus repair ship and USS Frontier destroyer maintenance ship, respectively, with duties in the Philippines and near Okinawa and at the U.S. Naval Base in San Diego.

Gerry worked as manager in the auto parts industry for 57 years, starting at Libert Motor Supply, then Garrity Automotive and its successors, DePrey Automotive and CarQuest. He was an active member of Masonic fraternities for 68 years, having been raised, in 1952, to the degree of Master Mason at Washington Lodge No. 21, F&AM (Green Bay), and having served as Worshipful Master in 1963 and, for several years, as Lodge Treasurer and Secretary. Gerry also was an active member and officer in the Order of Eastern Star, White Shrine, Scottish Rite and Beja Shrine. He enjoyed many years of supporting the Green Bay chapters of Job’s Daughters and DeMolay and the Shriner’s Hospital for Children.

When he was a teenager, Gerry started his work with the Green Bay Packers at the original “Old City Stadium” in the concession stand, and he later worked at Lambeau Field as an usher (for many seasons, including the “Ice Bowl,” watching over his section from the cold concrete steps), sky box suite concierge, and security guard for 53 years—never missing a game until 1988, for his daughter Teri’s wedding.

On August 28, 1948, he married Patricia Ann Libert at Grace Lutheran Church in Green Bay, and the couple had two children, Craig (Diane) Barlament, Green Bay; and Teri (John) McKibben, West Chester, OH. Patricia preceded him in death on May 9, 1988. He married Patricia Anne Ploeger Davis on Feb. 14, 1992 at Grace Lutheran Church in Green Bay. They enjoyed 28 wonderful years of marriage and the love of their combined family of five children that, in addition to Craig and Teri, included Vicki (John) Davis-Ries, Baileys Harbor; Scott Davis, Sturgeon Bay; and Michele (Brian) Ferron, Casco.

Survivors in addition to his wife and 5 children include 5 grandchildren, 6 great-grandchildren, nieces and nephews, and cousins. He also is survived by extended family from Spain—Ignacio (“Pichi”), Emilio, Bola and Sarita Navasques from Madrid, and Antonio from Murcia—as well as Sandy Canadeo, whom he considered an “extra daughter.”

In addition to his first wife, Gerry was preceded in death by a brother, Merlin (Dorothy) Barlament; a sister, Doris (Jack) Ashton; a son-in-law, John Ries; a brother-in-law, Ronald Ploeger; and a grandson, Matthew Ferron.

A celebration of Gerry’s life will be held after this period of physical distancing, when family and friends can be together again. Memorials may be directed to Shriner’s Hospital for Children (https://www.shrinershospitalsforchildren.org/shc/donate). Forbes Funeral Home & Cremations is in charge of arrangements.

“Be glad of life because it gives you the chance to love and to work and to play and to look up at the stars.”