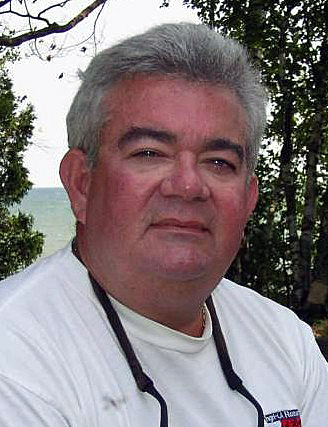 James Lawrence Conroy, 63, of Williams Bay, WI, and also of Sturgeon Bay, died Saturday night, March 11, 2017 at Door County Medical Center Skilled Nursing Facility with his wife at his side.

He was born September 30, 1953 in Madison, the son of Robert William Conroy and Eunice Ann (Luster) Conroy. Jim graduated from Williams Bay High School in 1971, and after working for some years, he went on to study industrial safety at the University of Wisconsin-Whitewater where he earned his bachelor’s degree. After graduation from Whitewater in 1979, Jim joined the family business that his father had started in 1976. He eventually took over ownership of Peco Manufacturing in 1988, a custom casework fabrication company in Delavan, Wis. Jim’s mechanical mind developed from the time he worked as a “wrench” with a motorcycle team earlier in life and on through other experiences working various construction jobs during his college years. That knowledge, coupled with a great business acumen, enabled him to grow Peco Manufacturing into the company it is today doing business throughout the United States.

Jim married Bernadette Ann Bell in Delavan on November 21, 1993. They shared over 23 years of marriage.

He was raised Catholic and had most recently been a member of Our Redeemer Lutheran Church in Delavan. Jim had been a member of the Lakeland Builders Association and currently an active member of the Delavan-Darien Rotary Club. In Rotary, he was recognized as a Paul Harris Fellow for his continual support of various Rotarian causes.

Jim enjoyed all things fast, whether it was riding his motorcycle, blazing the trails on his snowmobile, or cruising on the water with Bernadette and family (initially on Geneva Lake where he lived in Williams Bay and later on the bay in Sturgeon Bay where he also had a residence). He loved living life in the fast lane, so much so that he earned a certificate from Bondurant School of Grand Prix Road Racing. Jim will be remembered for being a keen businessman even outside his professional career. His appreciation for knowledge, especially for things he was interested in, allowed him to champion the art of the deal in every business negotiation. Even more importantly though, Jim was a generous person with a huge heart who often silently helped those in need. He truly lifted up everyone in his life. He strove to help others succeed. That was the essence of this wonderful man.

Friends are invited to gather with Jim’s family in his honor for an Irish wake at Huehns Funeral Home in Sturgeon Bay on Sunday, March 19, 2017 from 5 pm until the time of his service of remembrance at 7 pm.

Additional services will also be held in Walworth County and will be announced as arrangements are made.