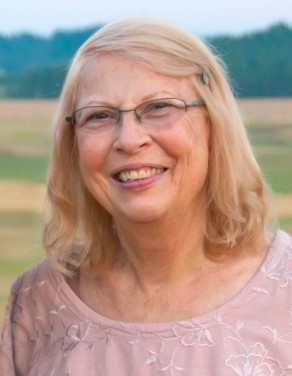 She was born November 15, 1937 in Fontana, KS, the daughter of Norvel Thomas Daniel and Neva Ruth (Monroe) Daniel. Judy’s parents were civil rights pioneers and educators. Her father worked as superintendent for several schools, including the Mather School for Colored Girls in the 1930’s where Judy’s mother taught and Judy attended along with the Gullah Island students. Judy recalled with pride how her parents aspired to provide equal, high-quality education to young African American girls. She recalled how, because of her family’s work, they were expected to use the colored facilities and thus she became sensitized at a young age to social injustices. Her father’s written studies documenting the Gullah students’ games and songs are now in the hands of the Smithsonian’s National Museum of African American History.

Judy’s mother, a self-described “nerd” and “happy learner” deeply influenced Judy’s life. Neva was one statistics class short of a self-designed PhD applying Korzybski’s General Semantics to Shakespeare. Enraptured by Progoff’s Intensive Journaling and many other therapeutic techniques as a pioneer college educator and workshop leader, Neva’s students described her as a “female Joseph Campbell” and “Yoda”. Judy exuberantly followed in her mother’s footsteps in exploring spirituality and self-development. “It’s my favorite subject,” Judy would chuckle.

A valedictorian student, Judy initially attended Orme Ranch School in Arizona where her parents taught, and then as an exchange student attended Newton High in Newton, MA where she met her first husband, Richard Alvan Phaneuf. Judy graduated high school in Denver, CO, at East High, class of 1955.

She and Richard were married on July 4, 1957 at the Baptist church in Weston, MA. They were blessed with three children: Joseph, Robin, and Holly. They lived in Pittsburgh, PA until 1968 when the family moved to La Habra, CA. Judy loved children and occasionally worked and volunteered in the CA schools where her three children tested into California’s Mentally Gifted Minors program.

Judy earned a bachelor’s degree in psychology at Cal State Fullerton with the hope of becoming a children’s counselor. She and Richard moved back to Pittsburgh, PA in 1980 for Richard’s engineering work for U.S. Steel. Judy worked as a secretary for Rotary Nozzle of Mitsubishi for over 10 years. Judy and Richard shared over 25 years of marriage.

Judy met her second husband, Michael “Mike” Anthony Wadyko in Pittsburgh. They were married on January 13, 1990 at St Mary’s Episcopal Church in Beaver Falls, PA. Judy and Mike then moved to Glenwood Springs, CO to care for Judy’s mother and sister. Mike acquired his PhD in history and, like Judy’s mother, taught in person at Colorado Mountain College as well as online at dozens of other colleges around the country. For many years Judy worked as Mike’s secretary transcribing his history course notes after he suffered a wrist injury.

Mike, a believing Catholic, remained devoted to Judy’s care after her illness, presumed frontotemporal dementia, became apparent. They made the painful decision to divorce in order to allow Medicaid to take over the overwhelming burden of her care. Judy moved to assisted living, then nursing care, and Mike devotedly visited her several times every week. It was clear to all that Mike was, as he said, still married to Judy in spirit and lovingly devoted to her care. On Christmas Eve 2018, just following a visit to see Judy, Mike fell down a flight of steps and died instantly. Judy and Mike had shared over 30 years of marriage.

Following Mike’s passing, Judy was moved to her daughter Holly’s home of Sister Bay, WI, to Good Samaritan Society-Scandia Village (nursing home) in March 2019. Judy became a beloved resident known for her joyous expressions, smiles, and singing. Even when she could no longer walk, talk, or hold objects, Judy radiated happiness, often bursting into joyous song. Judy’s daughter Holly often brought over her harp to play for Judy and other residents. Holly and Judy frequently delighted to share Scandia’s devotional services and activities for almost three years. Mike had longed for Judy to be moved to such a high-quality nursing home, and it is poignant that his sudden passing enabled this to happen.

Some of Judy’s favorite activities were writing letters, reading, going to thrift shops, consignment stores, and bookstores. She loved reading the New York Times Book Reviews. She was a talented artist. She loved nature and thrilled in simple pleasures like the sight of a simple flower. She loved to go for walks and could be seen taking three walks a day after she was moved to assisted living. She had a wry, playful sense of humor. Judy had a keen interest in spirituality and was definitely a spiritual explorer. She sang in the church choir at Glenwood Springs Good Shepherd Lutheran Church and was also a member of the Spiritual Center in Carbondale, CO.

Those who knew Judy or even those who just had the pleasure of meeting her, knew what a positive person she was and how she just radiated joy. Her mother often explained, “Judy bounces.” Judy was usually one to just burst out in song.

Judy was preceded in death by her parents; her life partner, Michael Wadyko; and sister, Sharon Daniel.

Our family would like to express our heartfelt thanks to Dr. J. Joshua Rebhan, M.D. of Door County Medical Center Clinic in Fish Creek, to Judy’s caregivers Emmy Lerma, Judy Davis, and Jeanne Kuhns, to the Unity hospice team, and to the staff of Scandia Village in Sister Bay for the wonderful care given to our mother over the years.

Memorials may be given in her name for UNICEF (United Nation Children’s Fund), and the Employees Fund of Good Samaritan Society-Scandia Village in Sister Bay, WI.

Casperson Funeral Home & Cremation Services in Sister Bay is assisting Judy’s family. Expressions of sympathy, memories, and photos of Judy may be shared with her family through her tribute page at www.caspersonfuneralhome.com.