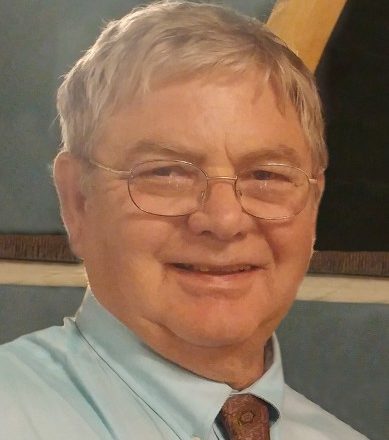 He was born in Sturgeon Bay, the son of Kenneth Richard Karas Sr. and Bernice Lydia (Krueger) Karas. Ken graduated from Southern Door High School in 1968.

His initial employment was with Peterson Builders in Sturgeon Bay, where he worked as a shipfitter for more than 20 years. He married Debra Jeanne Mallien on June 24, 1978, at Holy Name of Mary Catholic Church in Maplewood.

After working in the shipyards, Ken enrolled in the machine tool operation program at Northeastern Wisconsin Technical College in Green Bay, where he earned an associate degree. For the last 20 years of his career, Ken worked as a tool and die maker at Midwest Wire Products and then Wire Tech Fabricators, both in Sturgeon Bay, until his retirement in 2010.

Ken and Debby enjoyed more than 41 years of marriage and were blessed with three children: their twin daughters, Amy and Erin; and son, Alan. Ken grew up attending St. Peter’s Evangelical Lutheran Church and was a member of Family Worship Center, both in Sturgeon Bay. He enjoyed fixing small engines and loved being outdoors in nature, whether it was kayaking with Debby all throughout Door County, fishing or gardening.

He was preceded in death by his grandparents; parents; uncles and aunts; brother-in-law, John Mallien; and other relatives.

“Our family would like to extend a special thank-you to the staffs of Algoma Long Term Care and Unity Hospice for your care given to Ken.”

Expressions of sympathy, memories and photos of Ken can be shared through his tribute page at huehnsfuneralhome.com.