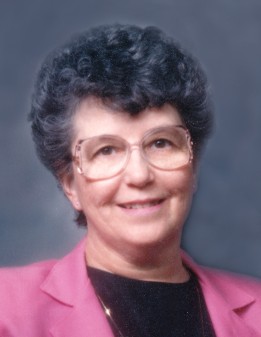 Lenore Grace Wilke, 89, of Sturgeon Bay died at Bellin Hospital in Green Bay from complications of a heart attack.

She was born in Juddville, the daughter of the late William and Dora (Corbisier) Resler. Lenore graduated from Gibraltar High School with the Class of 1949. She was united in marriage to Robert F. Wilke on October 14, 1950, at St. John the Baptist Catholic Church in Egg Harbor. They were blessed with over 52 years of marriage. Robert preceded her in death on December 22, 2002.

In Lenore’s early years, she worked for the Amity Leather Company and Porter-Kiehnau Home Care. She was a stay-at-home mom and took pride in raising her two sons, Robert “Rob” and Richard Wilke. Lenore was active as a den mother of her sons’ Cub Scouts troop and also helped with Little League ball game activities. “Mom was always willing to lend a hand or help others before herself.”

She was a member of St. Joseph Parish in Sturgeon Bay. Lenore was an avid fan of the Milwaukee Brewers and loved cooking, baking and spending time with her family, who meant the world to her. She was well-known for her potato salad, which was often requested by family and friends. Lenore’s most recent joy after her sons grew up was spending time with her granddaughter, Ashley; they had a treasured relationship together.

Lenore’s children would like to thank the ER staff at Door County Memorial Hospital as well as Dr. Timmons and his staff at Bellin Hospital. A special thank-you to the Bellin Hospital ICU nurses for the remarkable care provided to our mother.

Her life will be honored with a funeral service held at 11 am on Saturday, June 1, at Huehns Funeral Home in Sturgeon Bay. Lenore will be laid to rest in St. Joseph Cemetery beside her husband, Robert.

Visitation will be held at Huehns Funeral Home on Saturday, June 1, from 9 am until the time of service.

Memorials may be made in her memory with a fund to be determined.

Expressions of sympathy, memories and photos of Lenore can be shared through her tribute page at huehnsfuneralhome.com.