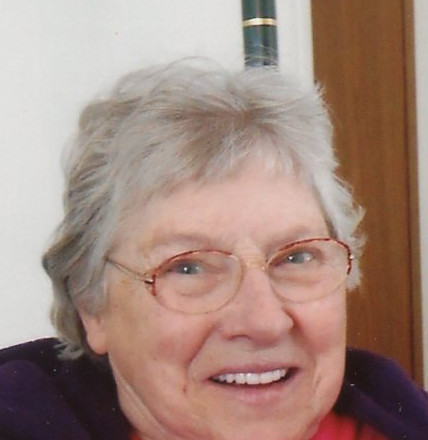 Margaret, who taught school for 38 years, lived a full life.  Besides teaching, she helped her husband raise pigs, sheep and farm crops.  After Steven’s death, she continued to raise sheep and purebred Cocker Spaniel dogs.  She enjoyed spending time birding, gardening, and anything that kept her outdoors.

Margaret would like to thank her Mom and Dad for being such great parents and for giving her brothers and sisters to learn from and play with.  Margaret also felt a debt of gratitude to the parish communities and the Sisters from Holy Family Convent for the support they gave during the many struggles she encountered during her brief stay on earth.

Friends may call at the Allouez Chapel Mausoleum (off Riverside Dr.) on Saturday, March 12, 2016, from 12:00 noon until 1:00 p.m. when a Mass of Christian Burial will be conducted.  In lieu of flowers, a memorial fund has been established.

Special thanks to the caring staffs of McCormick Home and Unity Hospice for the excellent care and support.