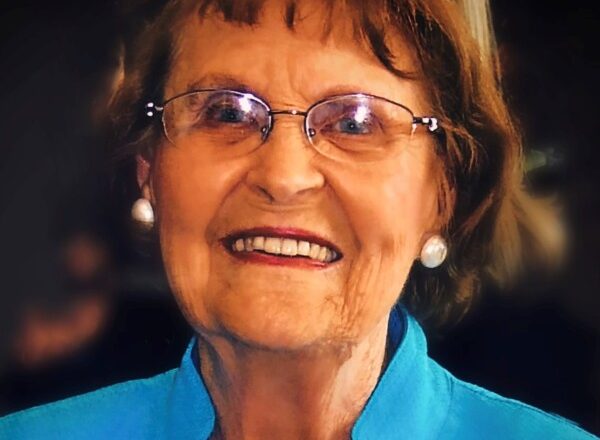 Margaret Eloise Kramer, 98 years old, of East Maplewood, died on Friday, September 17, 2021 at Cardinal Ridge Care Facility, with her family at her side.  She was born on June 3, 1923 on the family farm in the town of Ahnapee, Kewaunee County, and was the daughter of Henry and Emma (Beard) Zimmerman.

As a child, she walked several miles each day to elementary and high school in Algoma, WI.  She earned a degree at Door Kewaunee Normal School and taught several years in Door County for all eight grades, in one and two room schools.  Later she worked as a substitute teacher in the Southern Door School District.  On October 25, 1944 she married her high school prom date, Gerald Kramer, at St. Paul’s Lutheran church in Algoma, where she had been baptized and confirmed.  They purchased their farm in East Maplewood, raised four children, and were married for 43 years until Gerald’s passing in 1990.  Margaret remained living on the farm that she loved so much, spending her final days at Cardinal Ridge in Sturgeon Bay.

Margaret was a devoted and loving daughter, sister, wife, mother, grandmother, and great-grandmother.  She was quite a conversationalist, which made it easy for her to make friends and be a friend to many people, especially her resident friends at Cardinal Ridge.

She served as a 4-H leader for many years, sharing and teaching her amazing skills as a gardener, seamstress, baker, and artist.  She entered many exhibits to the Door County Fair.

As a teenager she was the DAR award winner and the Kewaunee County Dairy Queen.  She was especially proud to be chosen three times to be a finalist in the Pillsbury Bake-Off Contest, which were held in Los Angeles, Boston, and San Antonio.  Other travel destinations included Florida, Washington DC, Hawaii, and Europe to name a few.  She enjoyed many of these trips with her sister Eileen.

She was an active and faithful member of St. Peter’s Lutheran Church in Forestville, and later at Prince of Peace Lutheran Church in Sturgeon Bay.  Throughout her life her faith in Christ as her Savior, was her strongest source of courage and support.

In lieu of flowers a memorial fund has been established in her name.

The family would like to express their heartfelt appreciation to the Cardinal Ridge Staff for their support, care, and compassion.   We are so grateful for your kindness.  Also thank you to the staff of Door County Medical Center and Dr. Kelton Reitz for the excellent care over the years.

Margaret’s life was a blessing and the memory of her is a treasure that will live on in our hearts.