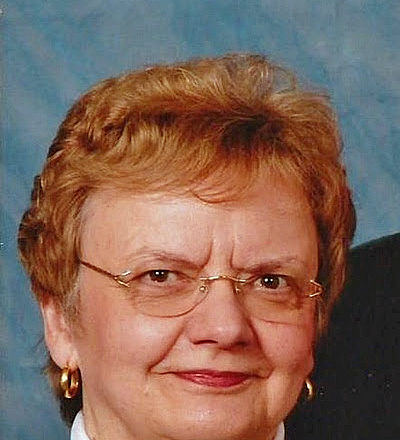 Marilyn Peterson, 79, of Ellison Bay, died peacefully April 6, 2018 following a short battle with cancer. Marilyn was born Aug. 29, 1938 to Carl and June (Parr) Dongoski in Decatur, Ill. She was a graduate of Decatur High School and Millikin University in Ill.

Her first teaching job was in Niantic-Harristown Schools where she taught English. While there she met her future husband, Jon. They were married August 9, 1964, in Trinity Lutheran Church in nearby Decatur, Ill. They moved to Waukegan, Ill. and Marilyn began her career of teaching English at Waukegan West High School and then at Grayslake Community High School where she retired in 1993.

Marilyn moved to Door County in 1993 where she and Jon had honeymooned and vacationed for several years. In 1979 they built a home in Ellison Bay and enjoyed many summers, weekends, and holidays at their vacation home and retreat where they moved upon retirement.

In retirement Marilyn enjoyed many activities within the Door County community. She took classes at The Clearing, was a season subscriber to the Peninsula Players, and was an active member of the Shepherd of the Bay Lutheran Church. She was Secretary and member of the Bonnie Braes, a women’s golf club at Maxwelton Braes Golf Course. Her greatest love was the Peninsula Music Festival where she was a season subscriber and served as Board member. Teaching English was her career but golf, classical music, theater, and the arts were her passion.

Marilyn is survived by two daughters:  Elizabeth Peterson of Sister Bay, WI and Kristin (Timothy) Miller of Orlando, FL. Her husband, Jon, preceded her in death in December 2016.

The family would like to thank Dr. Richard Hogan who provided most compassionate care throughout Marilyn’s retirement; the caring nursing staff of Scandia, and Unity Hospice during her last few days.

A memorial service will be held June 8, 2018 at 2 pm at Shepherd of the Bay Lutheran Church, Ellison Bay.